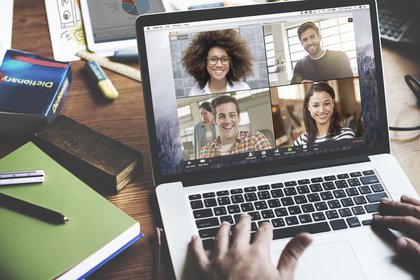 We have had a coronavirus pandemic for more than a year, which has meant for many people having to adapt to work from virtuality. Of all the teleworking applications, Zoom is perhaps the most common, becoming so widely used that the expression “Zoom fatigue” it is becoming part of our lexicon.

Surely you have heard of it, or most likely you have already experienced it, it is that tiredness product of being hours and hours connected to video calls and teleconferences. A new scientific study is investigating this condition and has established some conclusions about the effect of the pandemic on people’s work dynamics.

One of the main drivers of this video call fatigue appears to be what the researchers call “Anxiety in front of the mirror”, or the mental strain of having to constantly look at each other, during what could be meeting hours per day.

A man teleworks from his home. EFE / Emilio Naranjo / Archive

“We’ve all heard stories about Zoom fatigue and anecdotal evidence that women are more affected, but now we have quantitative data that Zoom fatigue is worse for women, and more importantly, we know why.”says psychologist Jeff Hancock of the Stanford University. The team’s research is currently available as a preliminary version prior to peer review.

Mirror anxiety helped explain much of the difference in fatigue levels between men and women, although it wasn’t the only reason for the discrepancy. Women were also found to feel more trapped by having to stay in the camera’s field of view, tend to have longer meetings than men on average, and generally take fewer breaks.

Previous research has shown that women are more likely to focus on themselves when looking in a mirror, and it appears that a Zoom window is similar, triggering increased self-awareness and awareness of appearance that can lead to negative thoughts. .

“We see this gender effect in multiple different studies, and even after taking other factors into account,” says Hancock. “This is a really consistent finding.”

Personality, age and race also influence the amount of fatigue you may feel from video calls, the researchers found. Introverts, younger people, more anxious people, and people of color reported higher levels of fatigue to some degree. 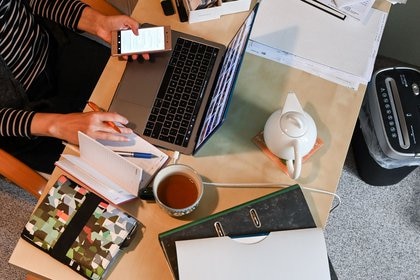 Exactly what’s behind these discrepancies is going to require more studies involving a larger group of people, but this research offers some good insights into the reasons behind gender differences.

The researchers suggest having no meeting days, doing a few audio-only meetings, and consulting with colleagues as ways to combat Zoom’s fatigue, although it looks like we’ll have to live with these group video calls for a while yet.

“As the world moves into the post-pandemic era, in which the future of work is likely to be hybrid, it will be important to maximize the benefits of video conferencing while reducing the psychological costs, especially since these costs are born unevenly in society “, the researchers conclude in their article.

A study revealed that more than 500 genes link anxiety to depression
A rat embryo, cultured neurons, and butterfly wing scales: mind-blowing 2020 Olympus Award winning photos
The 10 scientific reasons that support the transmission of the coronavirus by air

Viral test: the first thing you see will tell you everything about your relationships

Amazing test: the first thing you see indicates if you are a loving person

Amazing test: the first thing you see indicates if you are a caring person

How to deal with negative emotions when they all appear together