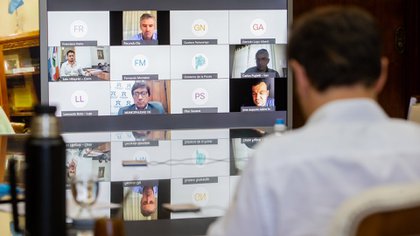 After a year of the pandemic by COVID-19, more and more people are more and more familiar with the “Zoom fatigue”, The tiredness and exhaustion caused byexcessive use of video conferencing tools that have become very fashionable in order to work, study or socialize at a distance.

This way of communicating, although it solved many problems and served to bring people closer together, It also brought its consequences: fatigue and stress after spending hours of virtual meeting holding the attention while continuously looking at a screen. This syndrome popularly called zoom fatigue, it may affect people differently depending on whether they are extroverts (they need more external stimuli to recharge their batteries), or introverts, which can be depleted with too much stimulation.

Surprisingly, some medical experts say that the cost of these video tools could be more difficult for extroverts, according to a post in the Wall Street Journal. The reality is that both personality types prefer to socialize in person, even if they do it differently. Here’s a look at the difficulties extroverts and introverts face with video conferencing, and some solutions based on which part of the personality spectrum people fall into. 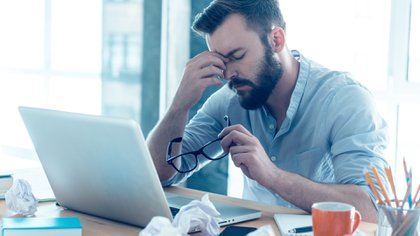 After the outbreak of the pandemic, many people loaded their work and social calendars with video conferences and virtual happy hours. For many people, extroverts in particular, it seemed like a smart, fun, and safe way to see people. The experience, however, has proven less rewarding for many extroverts. “Zoom does not provide the same visceral feedback as a live conversation, so it is less satisfying”Explained Roger McIntyre, professor of psychiatry and pharmacology at the University of Toronto.

In a video conference, Dr. McIntyre says, body language and other visual cues that are often part of an in-person conversation aren’t fully present. And that can weigh especially on extroverts. “One area where extroverts excel is in-moment processing of bodily signals. But because video calls are more about talking heads, extroverts end up “using more concentration and probably not getting the same payoff as a live interaction,” says William Lamson, assistant professor of clinical psychology at Weill Cornell. Medicine.

“Extroverts can also get irritated with some of the structure and controls that video conferencing platforms impose on conversations. Functions such as mute, for example, control the conversation in a way that does not happen with in-person conversations, “says Elias Aboujaoude, clinical professor of psychiatry at Stanford University. 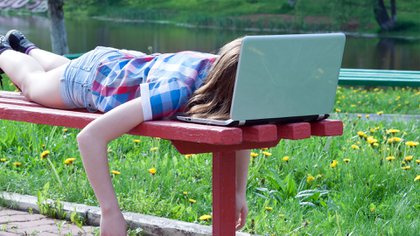 McIntyre suggests that extroverts who want to improve their video conferencing experiences experiment by making their calls more immersive. Larger screens, louder audio, and shared activities like listening to music can help. “For others, trying different virtual environments or participating in larger groups to increase the amount of stimulation could be fun. Extroverts seek out and thrive on interactions with many people and stimuli, ”says Allison Baker, a child and perinatal psychiatrist at Massachusetts General Hospital. “Virtual meeting platforms can be particularly challenging,” he says, “as they offer the ability to interact with more than 100 faces at the same time,” he added.

Nevertheless, Creating more satisfying Zoom experiences doesn’t mean adding more video calls, experts say. Each individual must find the right balance. Ken Schmitt, an executive recruiter in San Diego, says he used to use Zoom to socialize and even hosted 40-person Zoom celebrations for his and his wife’s 50th birthday in 2020. Now he’s cut back when he discovers he’s experiencing some Zoom fatigue every day from his virtual work calls. “I interrupt my day and Zoom’s fatigue with mini-workouts like going up and down stairs for 10 minutes or taking the dog for a walk,” says Mr. Schmitt. 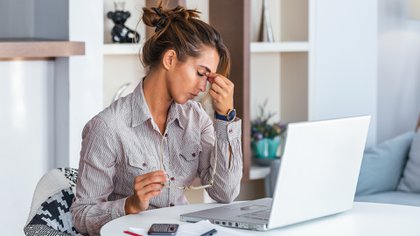 For introverts, the structure and control of video conferencing platforms could be somewhat reassuring, compared to typical social exchanges in the workplace. “There is less spontaneous talk about the water cooler, which is not necessarily its forte and can sometimes cause anxiety,” explains Aboujaoude.

Video conferencing presents frequent technical problems that can offer some cover to introverts who often worry about how others see. “Introverts can be harsh critics of their social performance and question what they have said in social settings,” according to the expert. When people come to expect little things to go wrong, like images freezing on the screen, it can help people feel less responsible for how their own performance was reflected.

“In some social contexts, such as first dates, many introverts prefer video meetings ”, says Wes Colton, introvert coach. “It’s a good middle step for an in-person date, and you can avoid the added pressure of finding the person and still practicing the conversation,” says Mr. Colton, who also considers himself an introvert. Still, video calling poses its own special challenges for introverts. On the one hand, in most virtual meetings, in which several participants observe each other, “you feel that you are constantly being watched. Introverts prefer to control who is in their personal space and for how long, ”says McIntyre. World leaders had to get used to making fewer trips and doing more work videoconferences.

Or, as Aboujaoude puts it, “A Zoom call with 15 faces looking at you can be more exhausting if you naturally prefer to connect with people one-on-one or in small groups”. What’s more, speaking in front of a group is rarely easy for introverts, who tend to prefer one-on-one conversations. In-person conversation also offers pauses that, while uncomfortable at times, can give a person time to contemplate a new thought. “However, the pauses on the screen can be confusing. Has a person finished talking? Or has the internet connection caused the screen to freeze? “The pauses or silence between thoughts or topics feel more excruciating and difficult to interpret because of the video,” says Lamson.

Another feature of video conferencing with special challenges for introverts: those embarrassing moments when kids, pets, or roommates roam in the background. “In a second I am a psychologist, then a father, then a husband. Having to keep changing can cause fatigue, ”laughs Lamson. To mitigate some of these issues, a good first step for introverts is to remove optional video calls whenever possible and switch Zoom’s social calls to phone calls. Portion control is essential for everyone. Shorter video calls or making the video feature optional can help.

For video calls that cannot be avoided and have a large or particularly chatty group, using the chat functions or the “raise your hand” buttons can make it easier to be recognized and have a chance to speak. explains Baker. Setting limits in advance can also help, Lamson concludes. This could take the form of telling others at the beginning of a call when to leave, so you don’t get stuck trying to gracefully exit a call.

The 4 causes of “Zoom fatigue” and how to deal with them
The top public speaking consultant for TED Talks detailed the most common mistakes people make when speaking on video calls and explained how to remedy them.
Zoom will offer automatic transcription for all your accounts

Video: the easy recipe for Easter, a pothole cake – Momes.net

Are you a dirty old man? What Virgilio said and what is said today

Psychologist and psychotherapist: what’s the difference?

Ghosting: what it is, the causes and the consequences – Minutouno.com

“We are no longer in psychology, we must move forward, that’s all”