The Mi Mix Fold, the first foldable smartphone from Xiaomi recently made official, will not be launched in Europe. And so in France. The information was confirmed by the mark to a German journalist. It remains to be seen whether this decision is temporary or whether Xiaomi plans to launch another version there. 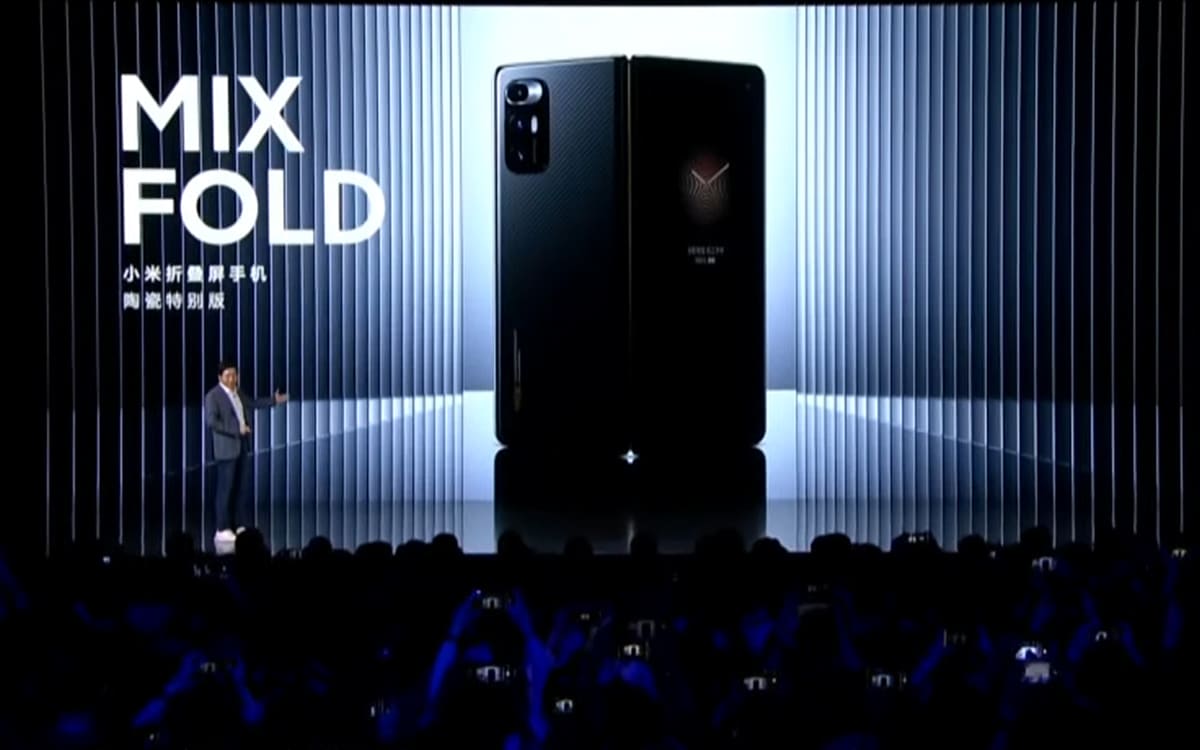 On March 31, Xiaomi presented the Mi Mix Fold at a major press conference organized online. This is the first foldable smartphone with a flexible screen from the Chinese brand. It is a very ambitious model, the objective of which is to compete with Samsung Galaxy Z Fold and the Huawei Mate Fold. And above all, this allows Xiaomi to fully enter the still elitist market for foldable smartphones.

A few days ago, a rumor hinted that the Mi Mix Fold could benefit from a commercial launch in India. The foldable smartphone would then not be reserved for the Chinese market. We still had hopes that the smartphone would make an appearance on the stalls of French brands. But it looks like it won’t. Xiaomi would indeed not have planned a European launch for the Mi Mix Fold.

Xiaomi will not launch the Mi MiX Fold in Europe

The information comes from German journalist Nils Ahrensmeier, editor at TechnikNews. Our colleague posted a message on his Twitter account that you can find below. He confirms that no international launch of the Mi Mix Fold is planned this year. The information would come from the German subsidiary of Xiaomi.

This information obviously makes us think about the reasons for this decision. We know that Xiaomi is one of the brands that has spoken out about the risks of component shortages at Qualcomm. An international launch involves more units. It is possible that this decision follows availability fears. It is also possible that Xiaomi will choose to launch the Mi Mix Fold only in China to test the product with its public before considering an international launch in a second step. A classic practice, previously used by Xiaomi, Samsung or Sony.

Note that there are also two caveats to this information. First, it is possible that Xiaomi prefers to launch another foldable model in Europe. Which would explain why the Mi Mix Fold would not be released in Europe. Then the German journalist specifies that this information concerns the year 2021. Xiaomi could launch the Mi Mix Fold internationally if success in China is there. Here are some hypotheses. If you have more, please share them with us in the comments!