Windows Defender ATP is now available for download from the Play Store. The application has many features on board: malware detection, anti-phishing protection, blocking malicious applications from unknown sources. But the app is not free. 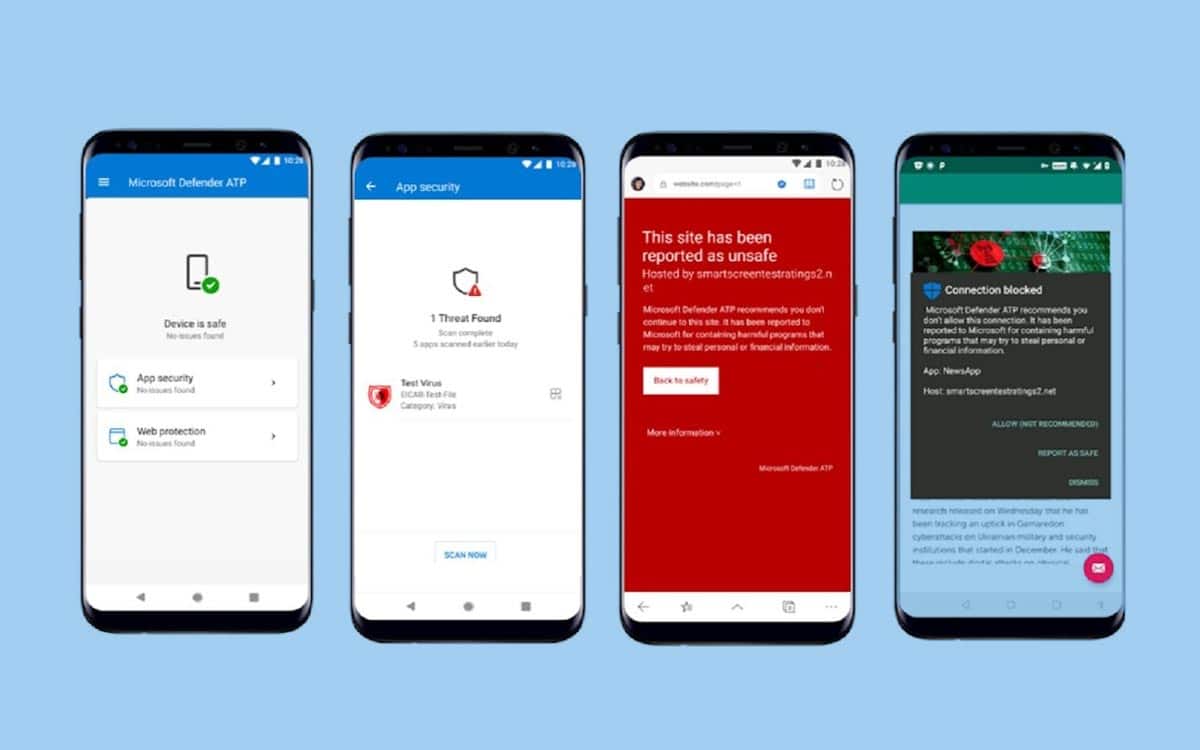 In early 2020, Microsoft announced the port of Windows Defender antivirus to smartphones before the end of the year. Last June, the application called Windows Defender ATP (Advanced Threat Protection) debuted on Android. Still in public preview, it is only accessible to professionals with a Microsoft 365 subscription.

In addition to resident protection against malware that abounds on Android, it includes a set of tools for protect users from phisihing and dangerous network connections. The antivirus also offers a securing sensitive data. When a malicious application is detected, the smartphone is systematically considered to be at risk. Windows Defender ATP then blocks access to sensitive applications and files based on user-configured rules.

While it was already available on Android, Windows Defender ATP was accessible through a fairly complicated process. Microsoft is making things easier by launching the antivirus on the Play store under the name of Microsoft Defender ATP. However, the conditions for accessing it have not changed.

As the firm specifies in its description on the Play Store, the antivirus "Is not a free application and is intended for businesses and professional users with a valid license of Microsoft 365 E5". The description also presents a summary of the main features:

On PCs, Windows Defender has established itself over the years as one of the most effective antivirus solutions on the market, offering a level of protection comparable to or better than most third-party antiviruses. Microsoft wants to bring the same protection to platforms. As a reminder, Windows Defender ATP has been available since last year on macOS.

IOS users still have to be patient, Apple has quite specific rules for this kind of application. Microsoft, however, has promised availability on the App Store before the end of the year. Here is the link to access it on the Play Store.