One of the big 2020 announcements around Windows 10 is probably support for Android apps. Google’s operating system has become a “friend” and not an enemy of Microsoft.

At first this position was surprising but after reflection it is not surprising. Microsoft has lost the battle for mobility to the point of using Android at the heart of its new smartphone, the Surface Duo. Windows 10 therefore has no choice but to offer extended compatibility with this OS and probably iOS in the near future.

The My Phone app has made it possible to provide a sync feature for owners of certain Samsung devices. Recently the giant has gone even further with the ability to run Android applications directly on the computer. This novelty landed through the Windows Insider program. 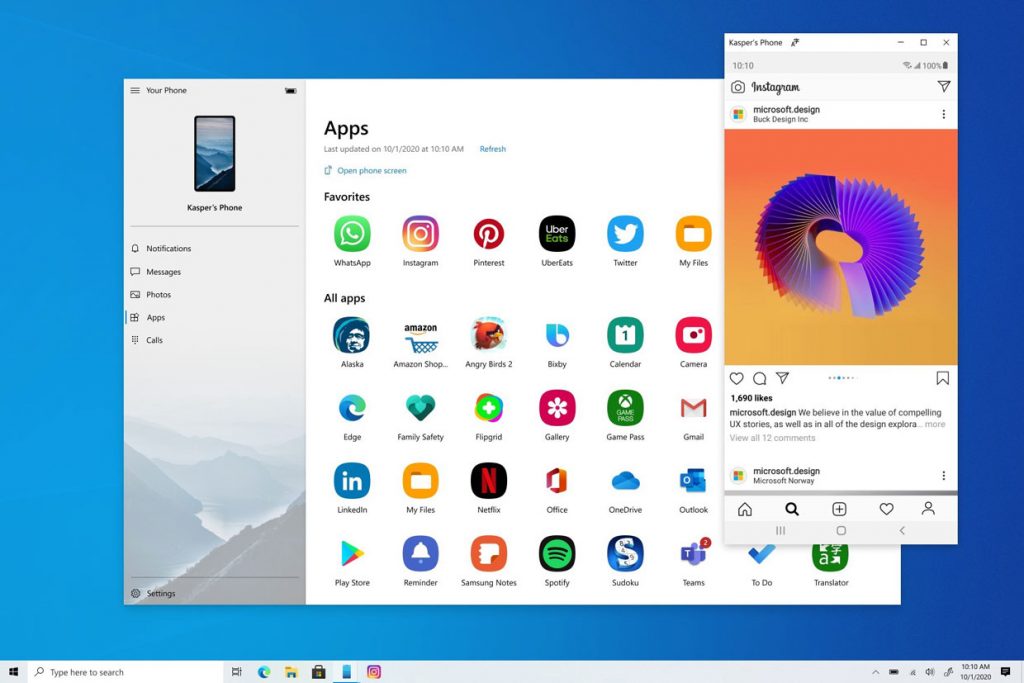 A new step has been taken with now “general public” availability. Clearly Microsoft offers this advance to all users of Windows 10. However, certain requirements must be met.

This “Android” experience on Windows 10 has been developed for the sake of transparency through the most native support possible. Android apps run in their own windows and can be pinned to the taskbar. On this subject Microsoft explains

“Take advantage of the power of your My Phone app thanks to the integration of the“ Link to Windows ”function for some Samsung devices to instantly access your phone’s mobile applications directly from your Windows 10 PC. is not necessary to install, log in or configure your applications on your PC, which saves you time.

You can easily pin your favorite mobile apps to your taskbar or the “Start” menu on your PC for quick and easy access. When you launch an app, it opens in a separate window outside of the Your Phone app allowing you to multitasking. So, if you need to quickly respond to a conversation, reply to your social messages, or order food, you can do it quickly using your PC’s large screen, keyboard, mouse, stylus or even a touchscreen. alongside your other PC applications! ”

These are the requirements for the My Phone app: Supported devices for Your Phone app experiences

Michel Peyré, the Cadillac poet, has died: “We will remember your verve” – ​​Le Républicain

Go to the mountain, but with certified guides