Pradeo has just identified six malicious apps in free circulation on the Play Store. Infected with the Joker malware, they are able to subscribe to obscure services without your consent. In total, these six applications have accumulated nearly 200,000 downloads.

Even though the Play Store is secure, it is still common for malicious apps that are freely circulating in the App Store to fall under Google's speed cameras. This is the case of these six new applications, freshly detected by Pradeo. Downloaded nearly 200,000 times in total, these apps all contain the Joker malware, which was already rampant a year ago. Concretely, this malware belonging to the family of fleecewares is intended to register users for paid services against their will. To do this, the malware enters your smartphone after installing the infected app to intercept text messages, then retrieves the authorization codes sent through it. This allows it to sign up for obscure subscriptions without you even realizing it.

Designed to generate the smallest possible footprint and therefore extremely discreet, this malware is a real plague that should absolutely be eradicated from your smartphones, otherwise you will be billed for services to which you have never subscribed. Some of these apps may not even show up in your app drawer, so you'll need to go to your device settings to identify any suspicious apps and erase them permanently. There are six of these apps that don't seem particularly dangerous, but if they are present on your device, you cannot be urged to uninstall them urgently. Here's the full list: 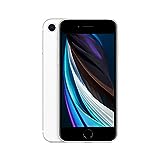