If the psychology of the “harrag” (the clandestine migrant) is complex to analyze, it is because the life he leads is also difficult. From morning to night, the life of young Algerians is punctuated by the same scenes of incomprehension, injustice, contempt, violence, bureaucracy. Everywhere they turn, the doors close, as if being told that their presence in the country is undesirable, if not unnecessary. Even love is padlocked in Algeria since the act of loving is itself taboo and subject to misinterpretation, especially by Islamists. 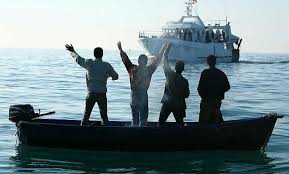 Constructed with hypocrisy, social clichés condemn young people to self-isolation and conformism. What kills, in the bud, their freedom, their genius, their full development. “It's unbreathable! », This is the first answer given to me by a young student at the university of Algiers, on the way to go abroad, when I asked him about his impressions concerning Algeria today. This feeling of disgust, palpable in the streets and homes, is the result of successive blockages in the ways of listening and social dialogue. But why are we ready to condemn young people rather than listen to them, understand them, appease them? Collective frustrations, a consequence of social barriers and taboos, can explode and cause enormous damage, when they are not channeled, studied and treated at the grassroots. Let us take a good look at these phenomena of kidnappings and rapes of children, which regularly come to the fore, and ask ourselves lucidly about the reason for the failure of society to maintain healthy, balanced and open behaviors in its own right. breast. In truth, we cannot right the wrongs of the latter by the application of the death penalty, an extreme punishment, unjust in itself, on young rapist-murderers, but by opening the field of study and treating these ailments at their roots. A young person, no matter how rogue, will never choose to throw himself into the sea, in search of a hypothetical future, or in the arms of delinquency and crime if he finds before him a balanced family, a society comprehensive and open, a country which gives him real chances of integration into the professional fabric.

Our young people dream of leaving their country because they are bored within the walls of dead cities with no prospects. Cities which do not consider them, neglect them, rob them of their age and their patience, snoring moreover, empty at night, without movement, without distraction, without atmosphere, without joy. Cities that breathe without them, indifferent. Young city dwellers seem to carry all the sorrows of the earth on their shoulders. Most of them rot in material deprivation, emotional poverty, taboos, delinquency, and the lack of meaning in their existence. For those of the countryside, no big difference: the horizon is limited to the village, the point of fall is a Moorish café, the center of interest is a game of dominoes … Both share a single ambition: to leave where no one of theirs sees them, in an invisible place, a European metropolis preferably located in the far north, anonymous, crowded with people, full of nice surprises, opportunities, chances and money by shovelfuls …

P.S: In my novel, "The Song of the Sirens", published by Harmattan in 2019, it is above all a question of describing all this difficult experience of the Harragas.