At 14:00 on July 17, a tropical depression appeared in the east of Taiwan. Its center was about 1280 kilometers southeast of Yilan County, Taiwan Province of my country. The maximum wind force at the center was level 7 (15 m/s). It is estimated that the tropical depression may develop into the sixth typhoon “fireworks” this year within 24 hours.

After the “firework” is generated, it is expected to enter the East China Sea on the 21st, gradually approaching the coast of Zhejiang and Fujian, the strongest can reach typhoon level or strong typhoon level (13-15, 40m/s to 48m/s) At present, there are still certain uncertainties in its later moving path and intensity. (According to Weibo of China Meteorological Administration)

Generally, we call the first typhoon that landed in my country as “Chutai”. According to statistics, from 1988 to 2019, the average landing time of “Chuo Taiwan” was in late June. The earliest “Taiwan” was the No. 1 Typhoon “Raccoon” in 2008, which made landfall in Hainan on April 18. From 1988 to 2019, the landing sites of “Chuo Taiwan” were mainly concentrated in the southern coastal areas of my country, with 90.3% of them landing in Guangdong, Hainan, and Taiwan. The intensity of the “initial Taiwan” is mostly tropical storms or severe tropical storms, but there have also been “initial Taiwan”s with relatively strong intensity and strong catastrophe.

The temperature is going down, the typhoon “fireworks” is expected to be generated soon 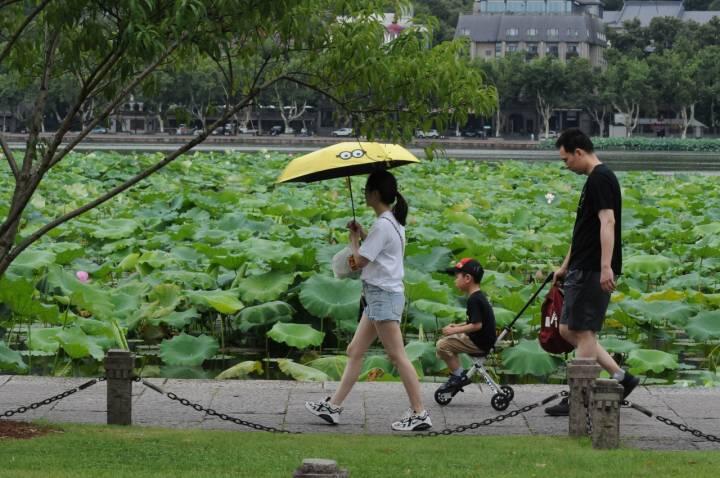 On the weekend again, there were more clouds on July 17, and the sun was a bit less hot.

The temperature eased slightly, and the thunderstorm conditions improved in the afternoon.

Today, from noon to night, the coastal areas are cloudy with occasional showers in some areas, and cloudy in other areas. In the afternoon, there are partial overcast thunderstorms. The areas with thunderstorms are locally accompanied by short-term rainstorms and 7-9 thunderstorms.

In fact, since yesterday, the high temperature range in our province has been slightly reduced.

Next, our province is mainly affected by low-level southeast airflow.

Coupled with the assist from the easterly wind, the hot weather was greatly eased.

There is also news of the typhoon.

According to information from @中央天气台, the tropical depression in the northeastern ocean of Luzon is gradually developing, and it is expected to develop into the sixth typhoon “fireworks” this year within 24 hours.

At present, 98W tropical disturbances in the Northwest Pacific have occurred, which may affect my country’s southeast coast in the latter part of next week. However, its strength and whereabouts are still uncertain. (Partially integrated from the hourly news) The high temperature recedes!The subtropical high is gradually weakening, and next week will usher in cool weather

After several days of high temperatures, the copy and paste mode was opened on weekends. 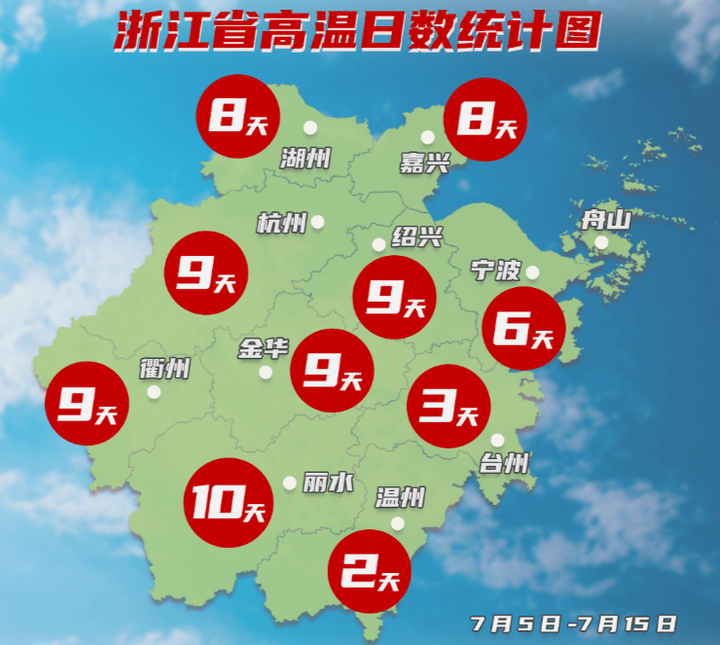 However, we can see some differences from the rainfall chart. 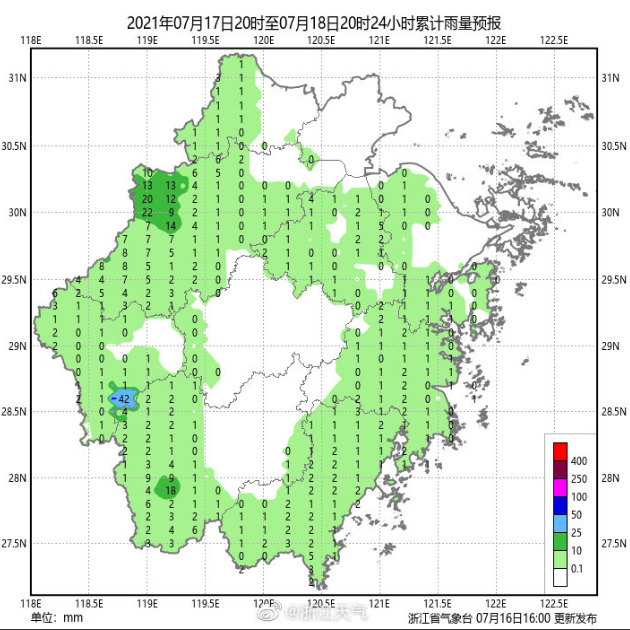 Seeing the increase in greenness, does everyone feel a chill in their hearts?

Cooling is just around the corner

That’s right! The subtropical high, which seems to be still strong, is in fact at the stage of “more than one heart but not enough energy.”

From yesterday to the 18th, the subtropical high gradually weakened, presumably everyone has already noticed from the body temperature!

After the 19th, the subtropical high began to move further northward, the easterly airflow in our province will increase significantly, the clouds in the sky will also increase, and the high temperature will be greatly eased.

The daily maximum temperature is expected to be 31-34℃ in most areas, and above 35℃ in some areas. A new typhoon may be brewing

According to the official account released by Hangzhou, the tropical cloud cluster is gradually approaching the East my country Sea under the guidance of the subtropical high pressure. At present, the tropical cloud cluster is just an embryo of a typhoon. It will absorb more energy in the next few days and will gradually grow in size. It is expected to become the sixth typhoon this year.

Even if this tropical cloud cluster cannot grow into a typhoon, it will at least form a low-pressure circulation system. Its outer circulation will bring some water vapor to Hangzhou. There will be showers or thunderstorms in Hangzhou from the 19th to the 25th, and the sky will no longer be clear and cloudless. Coupled with the strong easterly wind, Hangzhou is expected to usher in a week of relatively cool weather, with a maximum temperature of about 32°C. There was no high temperature for a week in mid-to-late July. Hangzhou has not seen it for many years. The cool weather next week will be good and cherish. .

Want to escape the heat? Weather travellers recommend a small summer resort around Hangzhou-Xiaogucheng Village, Jingshan Town, Yuhang. The hottest July to August of the year, the average temperature difference between day and night is more than 10℃, and the average minimum temperature is only 23.5℃. Qingxi, Renjia, green bamboo, green tea, Xiaogucheng Village is a place that will slow you down. Come here to feel the coolness this summer!

World Brain Day: why does your child have that personality? | Experts | Mamas & Papas