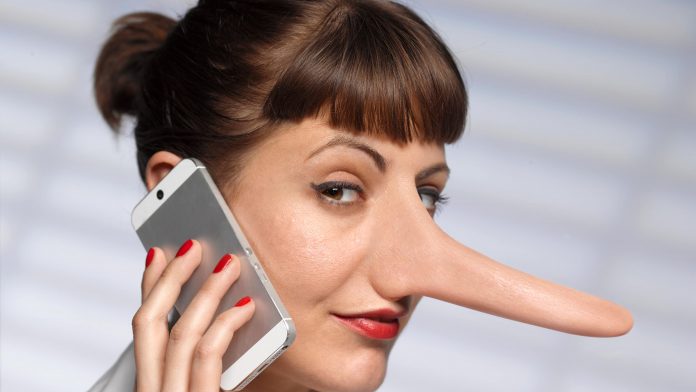 Have you ever wondered how some people fall victim to scams, sending large sums of money to crooks thousands of miles away?

Today's story examines the psychology of the scam. This topic was asked by "Rod", a lawyer from Southern California, after his 60-year-old paralegal, "Debra", was scammed for $ 15,000 over a period of several days. As he explained:

“It started with his computer freezing, followed by a message asking him to call a certain phone number. This led to Debra – who is a very intelligent and sensitive person – to give them her credit card number. They charged more than what was shown to fix the computer remotely, which was never fixed.

“A month later, they called, stating that a credit had been issued to her account because of the overcharge, but claimed they had erred in paying her back thousands of dollars more than was originally taken.

“For several days, she received constant phone calls from these people – shouting – that she had to go to her bank and repay their overpayment, which was supposed to be credited to her account. Of course, that was a lie. But instead of checking the overpayment, she went to her bank several times and wired $ 15,000 to Thailand. It was a scam, and she never told anyone about it until two weeks later!

"What is the psychology of the scam? How can crooks trick otherwise very smart people into giving them thousands of dollars? Rod wanted to know.

I asked this question of Dr. Luis Vega, professor of psychology at California State University Bakersfield. His professional interests include methods of persuasion.

“While no one is safe from becoming a victim, it's a myth that only gullible people are taken,” Vega says. "There are several psychological elements that come together to make a person the ideal victim of the scam, starting with a lack of knowledge about the subject of the scam."

He then asked this question, "Why don't we hear about computer techs getting ripped off like Debra?" It's because they know computers. You can't fool them.

Vega describes the initial factors creating a vulnerability that must be present for a scam to be successful:

Someone who is not on guard for predators. It hurts to think that you might be a target. Typically someone who is kind, vulnerable in terms of emotional need, and who trusts others. Someone who, in this case for example, does not know computers and sends out a distress signal, which is a signal of victimization. In addition, the person does not expect to be attacked and sees the crook as useful. Here the crooks disguised themselves as friends, spoke with authority, and entered her computer, so she was tricked into feeling legitimate experts.

Remember Debra went to her bank a number of times to wire money to crooks but didn't tell anyone. You are probably wondering, "How is this possible?" As I've learned, the psychological term for this is incremental engagement. Vega shows how this concept keeps people trapped:

“In our society, it's hard to say no once you've said yes. This way, once they get you to do one action, it's easier for you to do another, even multiple times. Once you have committed to a course of action, it is difficult to leave! It becomes an automatic practice – as if you were following a script.

“We want to be seen as a team player. We want to follow the rules. Add to that the bullying and intimidation. Debra has been threatened. How many vacuum cleaners have been sold to people who were hit with a rushed sales pitch and couldn't tell the salesperson to leave their home? "

Why not ask for help?

So why didn't Debra ask for help? Sounds logical, right? Vega provides the reasons for his silence:

Under stressful conditions, you feel intimidated and your rational mind literally goes to sleep. You are in shock: realizing that something is wrong, shame and embarrassment keep you from asking for help.

“Predators rely on their goal to stay compliant, confident and following orders. Psychologically, the victim is completely unaware of how the mind allows this nightmare to unfold.

And his recommendation for anyone caught in a similar situation?

“If that doesn't suit you, press the power button. Shut down your computer and go. Ask your friends and colleagues questions before you do anything else. "

This article was written by and represents the opinions of our advisor, not the Kiplinger editorial staff. You can check advisors' records with the SEC or FINRA.

Lawyer, author of “You and the Law”

After attending law school at Loyola University, H. Dennis Beaver joined the Kern County Attorney's Office in California, where he created a section on consumer fraud. He practices law in general and writes a column in a syndicated newspaper, "You and the Law". Through his column, he offers free help to readers who need practical advice.