The Huawei Mate X2 has just passed into the expert hands of Jerry Rig Everything, the videographer who tests the strength of smartphones. Against all odds, the foldable smartphone managed to survive this extreme stress test. The Mate X2 even continues to function if you attempt to bend the screen into the wrong way ! 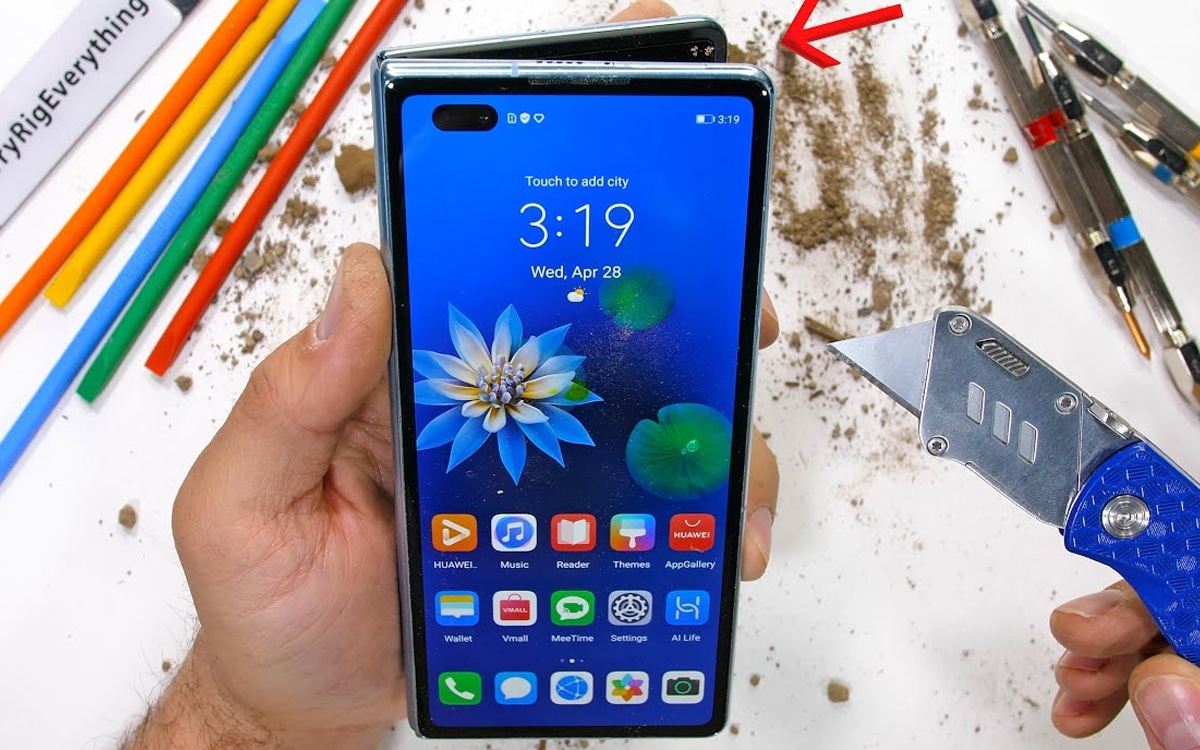 True to form, Jerry Rig Everything begins with test the strength of the screen against scratches using a cutter. The secondary screen of the Huawei Mate X2, covered with a glass protection, withstands blows as well as the OLED panel of most smartphones on the market.

On the other hand, the foldable screen is not not covered with glass but with plastic. Unsurprisingly, stripes appear much faster on the display surface. Jerry Rig Everything even managed to damage the screen using only his fingernails. The videographer had obtained the same result during the stress test of Samsung’s Galaxy Z Fold 2.

Impossible to bend the screen of the Mate X2 in the wrong direction, well done Huawei!

On the other hand, the glass back resists perfectly to the blows of the cutter. No trace remains. Same story on the side of the rectangular photo block, entirely protected by a layer of glass. From this point of view, the Mate X2 does not differ from conventional smartphones.

Then the YouTuber put to the test the central hinge by sliding dust on it. For the record, dust was the number 1 enemy of the Galaxy Fold, Samsung’s first foldable. A little sand or soil infiltrated in the central hinge was enough to make the folding much less fluid. Samsung corrected this defect with the Z Fold 2. For its part, Huawei has managed to design a hinge capable of evacuating most of the dust. This hinge, titled Dragon Hinge, does not allow soil or sand to seep into the structure. De facto, the folding process remains fluid no matter what.

Finally, Jerry Rig Everything concludes the video with a bend test. When the screen is closed, it is simply impossible to fold the smartphone. Same story when the screen is open. Despite the force used by the videographer, it is impossible to force the screen to bend in the opposite direction. The hinge is described as “very strong”. The Mate X2 therefore passed this extreme stress test with flying colors.

Toyota plugs in its Proace City