Google has announced that it is opening its “API for Passes” to governments and health organizations to natively integrate the health pass under Android, through a vaccination card. 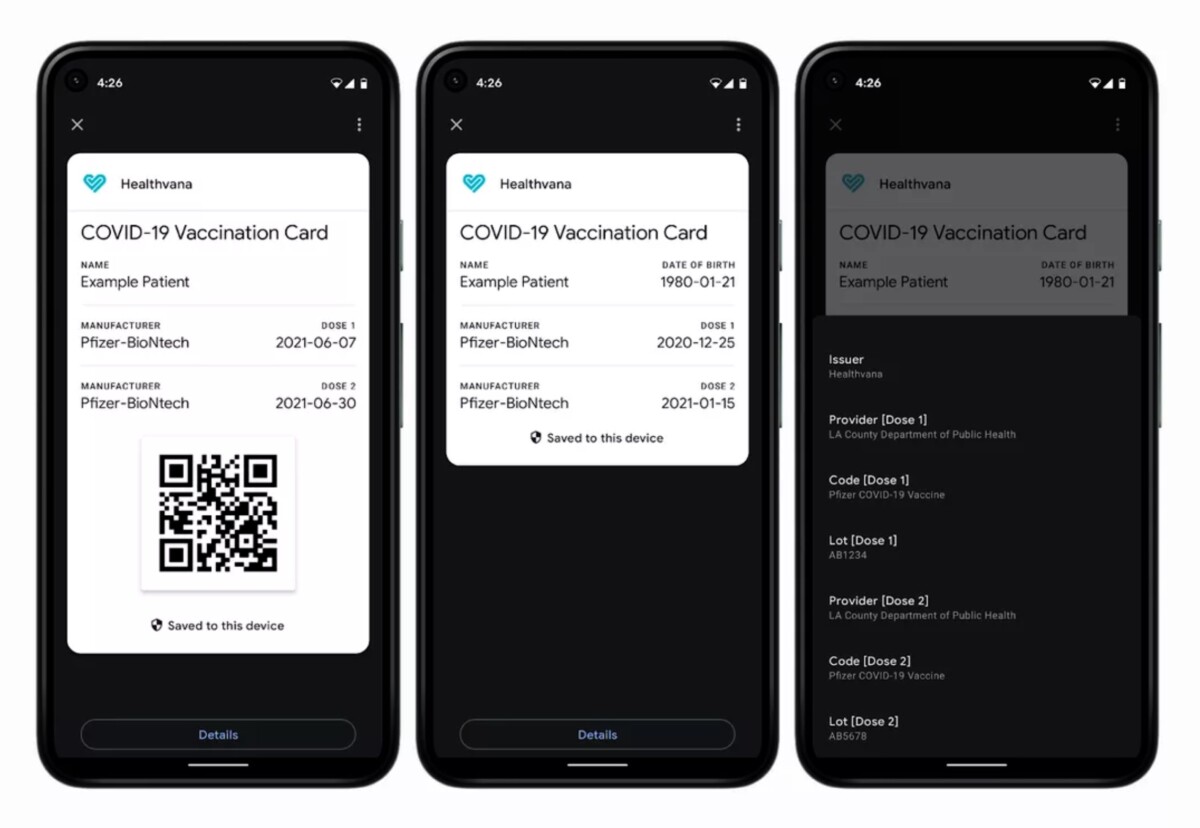 The health pass obtained after vaccination could make its way to Android, and in native form … but first across the Atlantic // Source: Google via Cnet

Usually especially dedicated to commercial structures, banking or transport companies (among others) wishing to add cards to Google Pay, the API for Passes from Google will open to governments and health organizations. This could eventually allow Android smartphone users to add the health pass obtained after vaccination against COVID-19 directly to their device. This measure, for the moment announced only in the United States, should extend to other countries thereafter. It is still unclear whether France, which currently relies heavily on its TousAntiCovid application, would be interested in this system if it one day extends to Europe.

A function left to the discretion of the authorities

“Once the user has registered the digital version of their Covid card on his device, he will be able to access it via a shortcut on the home screen of his device, even if he is offline or in areas where internet service is poor», Explains Google. A function which is however left to the discretion of the authorities who will have to choose to use (or not) the API opened by Google in order to offer this option to vaccinated people.

In a blog note, dated June 30, Google explains that this novelty will in any case be secure. The firm assures that the vaccination card will not be shared with Google and that it will – fortunately – not be exploited for advertising targeting purposes. We also learn that the information it contains, by nature sensitive, will be stored locally and protected by password, PIN code or through a biometric identification method depending on what the user usually uses. on his smartphone.

Xiaomi Mi 12: why an announcement in early December is plausible

iPhone, Samsung … when to buy your smartphone cheaper? – Capital.fr