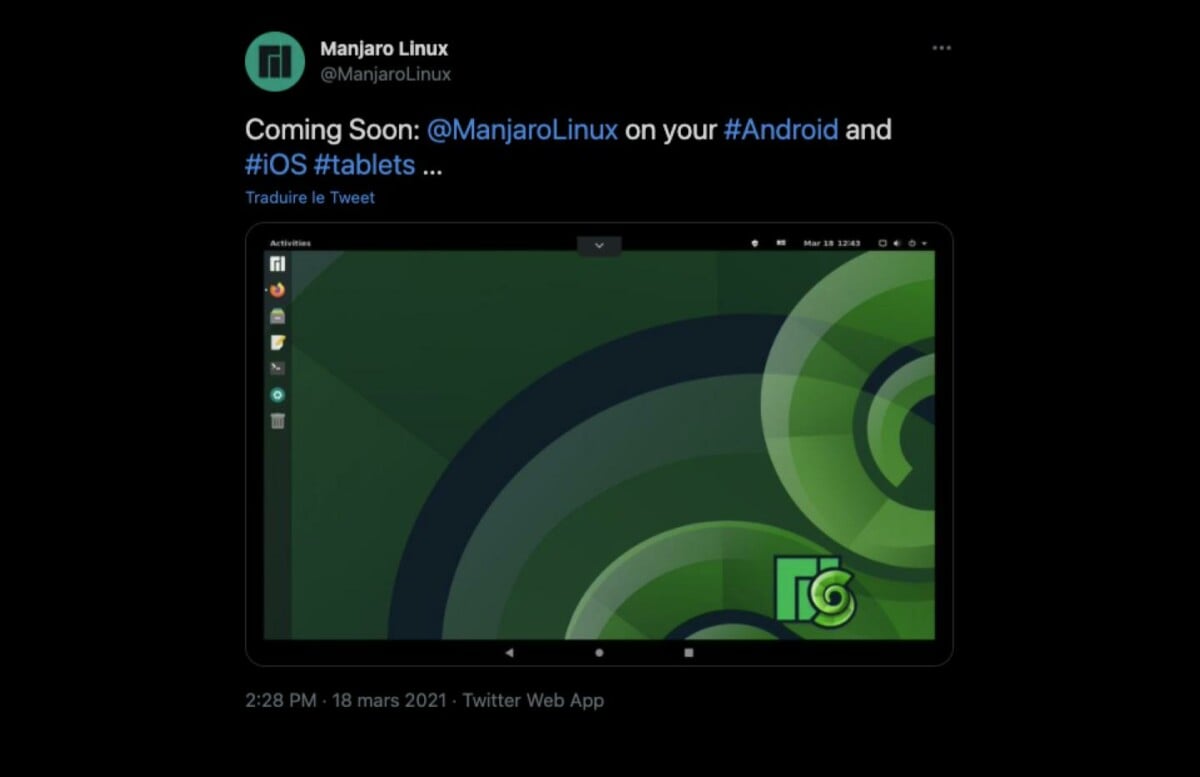 Everyone who uses Linux has heard of big names in distribution like Ubuntu, Debian, Arch, OpenSUSE and Mint. Distributions like Manjaro are less popular. It is one of the rare GNU / Linux distributions not to be based on Ubuntu (itself based on Debian), this distribution is based on Arch Linux. In a way, Manjaro simplifies the installation of Arch Linux, but it doesn’t just do that. 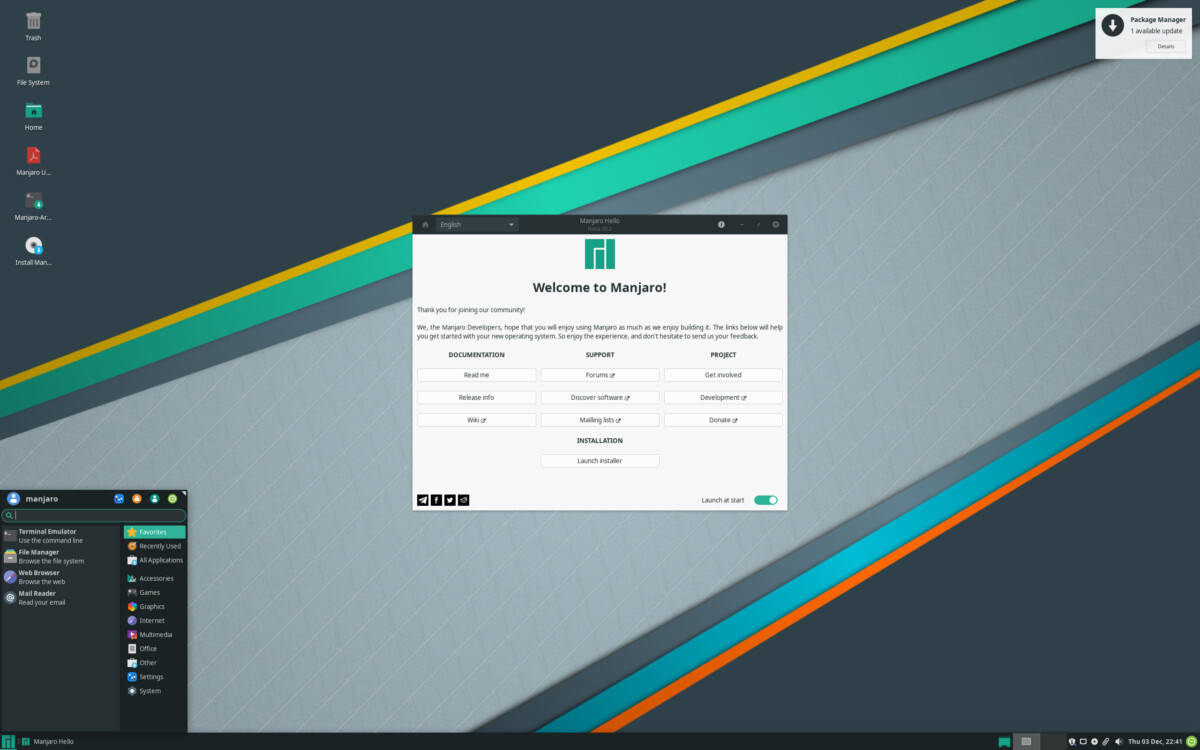 It is a distribution which facilitates the configuration of a piece of equipment, by retrieving the necessary drivers, and it has the advantage of being in French as soon as it is installed. If we’re telling you about it today, it’s because the team behind this OS has made a curious announcement.

Manjaro available on Android tablets, but also on the iPad

Manjaro has just announced the upcoming arrival of its OS on Android tablets as well as the iPad. We still have few details, however we can give the current state of the methods available to install a GNU / Linux distribution on one of these devices.

Converting an Android tablet to a Linux tablet is already possible. You have several options to do so. You can install Linux as a simple APK file, this is what KBOX offers for example which is a single user distribution.

Linux Deploy is another solution in the form of an open source application that makes it easy to install a GNU / Linux distribution on your Android device. To work, the application creates a disk image on a flash card, then mounts it and installs the Linux operating system. The applications of the new system are run in a chroot environment and work in conjunction with the Android platform. For a complete installation of Linux on your Android tablet, you need root access.

So it’s doable to run a GNU / Linux OS on Android. But what about iPads?

When Manjaro announces an arrival on iPad, you have to remember that Manjaro is based on Arch Linux. This OS can run on an iPad Pro thanks to the UTM virtual machine, the installation of which is not really easy. It works relatively simply on iOS 11, 12 and 13, however UTM requires you to jailbreak your iPad on iOS 14.x. Manjaro will undoubtedly use virtual machine technology to run his OS on the iPad.

Let’s take this opportunity to remind you that there are similar projects in the iOS world. For example, Sandcastle aims to make Android work on an iPhone. This project is at a relatively early stage, but it shows great promise with progress being made daily. 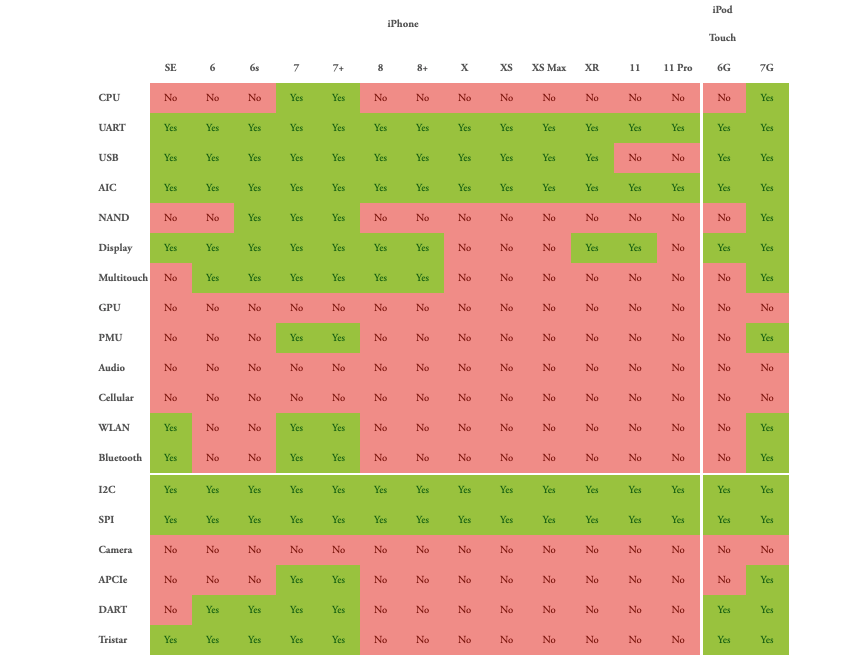 The Sandcastle compatibility chart depending on your iPhone

In short, it’s theoretically possible to install Linux on an iPad, with the right number of exploits and flaws that exist depending on the iPad model, but at the moment there is no one complete and working method. . So let’s wait and see what the Manjaro OS team promises us.

Do you know the Black Meddo, a delicious recipe made from olives? – Europe 1