The next update of Google Stadia on Android suggests the imminent arrival of many new features particularly awaited by players. These include new touch controls, an app for Android TV and the ability to add information about friends. 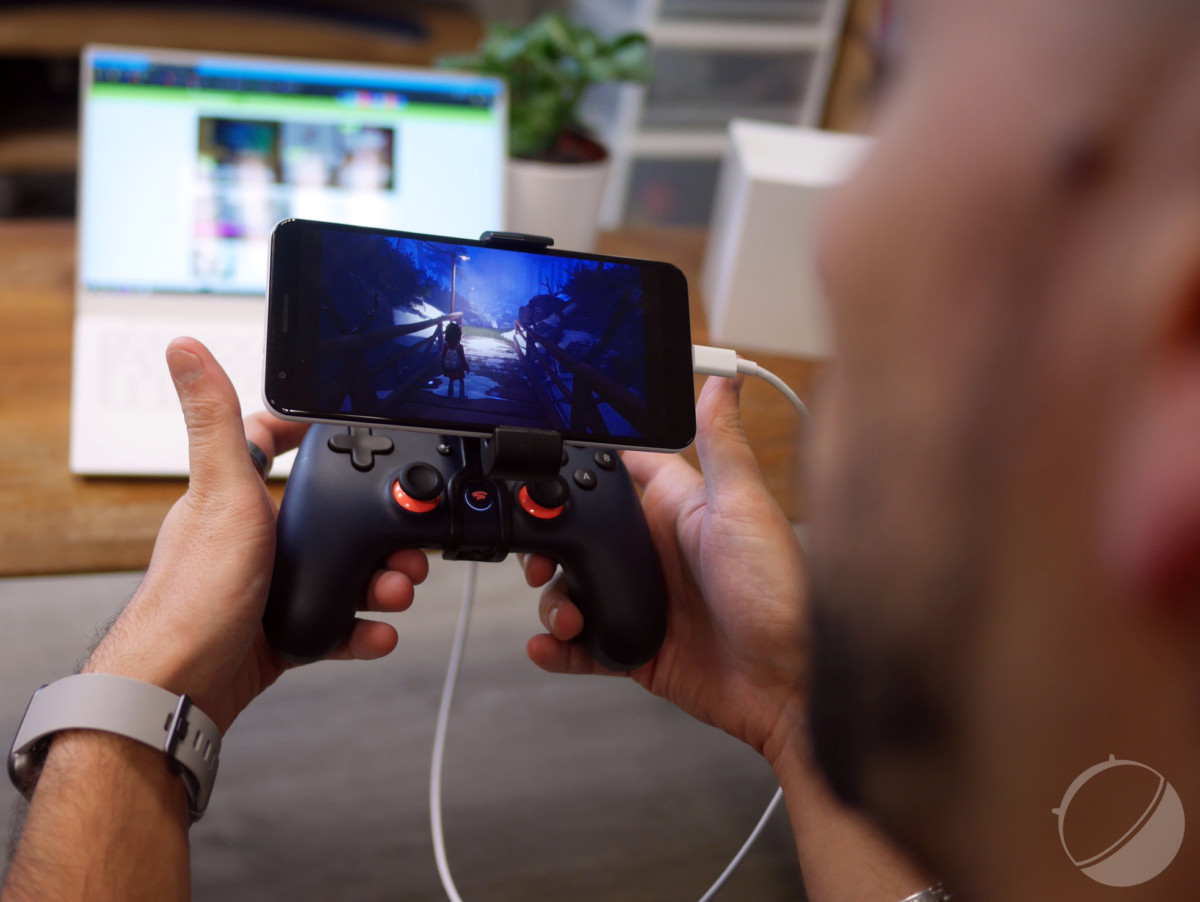 This is probably the most incongruous thing (from a functional point of view, we agree) when it comes to Google Stadia. The cloud gaming service is not available on all home services that should be able to accommodate it. And among them, Android TV services and in particular the brand new Google TV.

Since its launch at the end of 2019, the platform has been available on smartphones and tablets (Android first and recently iOS via Safari), PC and Mac, TV using the Chromecast 4K. But neither on Android boxes and even less on other Chromecast including the one with the brand new Google TV, a shame.

The site 9to5Google dissected the new update (v3.9) being rolled out on Android and found some good reasons to be excited for some players.

If it is not yet deployed with the arrival of this version 3.9, it seems imminent. The Stadia app would finally arrive on Android TV. The update includes very clear references to installing the cloud gaming service on the smart TV system.

According to the specialized site which spotted the lines of code concerned, the Android TV app will offer multi-profile, which does not exist in the smartphone version. Words like “Add a new account”, “You will need to add your account to this device to make purchases” appear. And unlike the Chromecast version, the version on Android TV should allow you to browse the game store and buy from your television, without resorting to the smartphone or web version.

To play Stadia on a smartphone, you can use the official Stadia controller, a compatible controller like those for Xbox 360 / One consoles (even Elite Series and Adaptive controller) or the PlayStation 4. You can also use them on some games compatible touch controls that appear on the screen. This is far from the most practical option and it is quite disturbing when you are not quite used to it.

In the latest update, Google would introduce a third control option that seems more intuitive. The touchscreen would then become totally the control center and you could play Stadia games in a fully tactile way, just like playing a game from the Play Store.

A message will then indicate the possible activation of the “direct touch” to play without a controller by sliding your finger, tapping or pinching the screen. It will still be possible to pair a controller via Bluetooth or USB. For the moment, this function should only concern the Android version of Stadia.

You will be able to add profile information of your contacts so as not to forget if he is your sidekick for parts of Super Bomberman R Online or a player encountered while playing Crayta.

The screenshot tool will also undergo an improvement. This will allow you to skip forward five seconds or rewind in a video that you have shared or received in sharing. The chat tool, still paradoxically much more operational on iOS than Android, continues to be delayed. According to the lines of code marked with 9to5Google, it could soon materialize and have a dedicated space for group discussions.

After his smartphone order, he receives a very surprising iPhone – Capital.fr