What psychological profile do people who are interested in psychological profiles have? I have often heard it said that people who choose psychology have problems. This opinion may be hurtful, but I believe it is true. In fact, the fact of having lived and overcome one's own difficulties encourages the capacity for empathy, therefore facilitates the accompaniment of others (Carl Gustav Jung spoke of wounded healer). The people I consider to be the wisest give me the impression of having digested and integrated the accumulated injuries of an often rich and difficult journey.

I invited colleagues (psychiatrists and psychotherapists, confirmed or in training) to express themselves on what led them to this choice ("What made me choose my profession, how did I get there, what is my story?“), In a maximum of 1000 characters including spaces. Here are their responses (in alphabetical order): 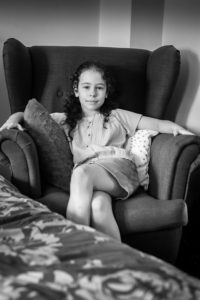 "Why did you become a shrink? "Is one of the questions I get asked most often. My answer comes together like a Nolan film: interlocking narratives, transversal editing, a rather elliptical construction and anchored as much as possible in reality. Mine anyway.

And the theme of time. 10 years ago, I couldn't have given any semblance of an answer other than "because people touch me" (#sansfiltres). Today, the "why" interests me little, but the "how" is, in my opinion, through development and use of the self. Respect the integrity of the person, take in what works, trust what feels right to others and to myself, and dare to be genuine. And I feel alive in the relationship. Here is a beginning of "why".

Very early in my story, I felt differently sensitive than the people around me, the only one to have to wear what I would have liked to share: others did not give things the same importance as I did. I would often hear: "No, it's not like that, if the hunter killed this deer, it's because there are too many in the wild …".

On another level – which always relates to loneliness – I have often said to myself: "When I grow up, this is not how I will educate my children." It was a thought that built me ​​and I then generalized it to my teachers, my entourage. In short, I suffered from not feeling like I saw others, from feeling atypical, different. This is what got me into research around suffering. Traumatic elements are grafted onto it: it didn't take more for me to be interested in the intra-psychic and the relational.

Installed as an FMH Pediatrician, I realized that Outpatient Pediatrics in a city practice didn't have much to do with what I had learned during my hospital training. I was faced with issues that my pediatric colleagues referred to shrinks and saw that they were family dysfunctions. In my reading I discovered Watzlawick, I wrote to him and he invited me to the Mental Research Institute in Palo Alto to “train” me in the systems approach.

Two years later I contacted Don Bloch at the Ackerman Institute in New York and had the same experience. To gain local acclaim, I followed CEF training with Luc Kauffman. From 1978 to 2005, I had a combined systemic pediatrics – family therapy practice.

I spent the beginning and end of the afternoon in hour-long interviews with families and the rest of the day I consulted with a systems perspective.

I am 8 years old, I read the book of a child psychiatrist who helps families by caring for children. Fix, bring the recipe for happiness to my parents who are so unhappy in their adult skin… that's what I want to do!

I'm 25, I haven't become a shrink. I am an engineer, I work in THE prestigious research laboratory … I have "everything to be happy". I am not. I finally walked through the door of a psychologist's office. It’s the start of a great adventure with myself, of getting back to school and changing my life.

I became a shrink (this is grammatically wrong and emotionally true) because I wanted to meet people and allow them to meet themselves. Because therapy saved my life. Because I can experience the meaning of existence through my activity: the more I deepen my relationship with myself, I expand the space within me, the better I support my clients. This job allows me to put my development at the service of others.

Different experiences have put me on the path to Psychology: parent psychologists, philosophy lessons at school, but above all my passion for animals since childhood. I was considering studying in a veterinarian or studying the behavior of living things, humans and animals, in their living environments. At the time in Spain only the University of Barcelona offered studies in Ethology. We lived in Madrid and my father, a University Teacher, was hopeful that I would follow in his footsteps in Organizational Psychology and offered me Psychology as a gateway to Primatology. Quickly I developed a deep interest in Clinical Psychology and continued my professional career in this field. When I was 43, I went to Borneo for 2 months to work as a volunteer in a sanctuary for Orang-Utans, thus realizing an old dream. Today, ethologist at heart, I watch my 10 hens and bitches playing in the garden, pure happiness.

Already very small, when the adults asked me: "What would you like to do when you grow up?" I said, "I would like to be a psychologist", without really knowing what it was. This is after working for the 2th years as a bookkeeper I realized I couldn't do this all my life. It was in this context that a thirst for knowledge began to emerge and has not left me to this day. A thirst for knowledge of the human psyche. Then I discovered that compassion for human suffering resided in me too. For me it is a surge of the heart to free someone from suffering with the tools of knowledge.

How did I become a shrink? Well I am not yet! (oops I killed the suspense). A school course in stairs (7PP-8MO-9MA), a default orientation in high school that I stop along the way. I continued with a CFC and MPT in IT then a HES Bachelor in business IT. This training does not bring me anything and does not allow me to look forward to my professional future. I start psychotherapy and very quickly decide to stop this course. I worked for 2 years where I trained people on software. During these 2 years, I discover exactly what I don't want in my future job. But during these 2 years – where I continue my therapy – I also discover exactly what I want in my future job. Help as I am being helped now. I've made my decision. Dubs Gateway then Bachelor at the University of Friborg, and now I am starting 2 years of Master. I intend to become a humanist psychotherapist very soon. To be continued …

I grew up in an atmosphere of anxiety and service which made me relate to the outside world and which led me to sharpen my empathy.

During my childhood, an experience strongly questioned and broadened my view of the human being: the impression of having traveled outside my body, spontaneously and then in a controlled manner.

Then at the beginning of adolescence we imagined with two friends creating "the clinic of happiness". It was an idea based on simple ingredients of natural happiness; simple because without really knowing it we had the privilege and innocence of embodying these ideas. I dropped out of school and forgot about this project, while my friends became psychiatrists and I was taught by a medicine man.

10 years later a shock, the realization that the library of a psychologist friend consisted of books that I had read, as well as the poignant encounter with the writings of Carl Rogers pushed me to undertake studies, bringing me back to my teenage dreams and my friends.

Before being a psychologist I was an economist. Realizing that this did not suit me, my need for change made me consider 3 areas: nature, movement and human contact.

Also, I had started therapy with a Gestalt psychologist. This woman combined respect, gentleness, freedom and dynamism. She mainly worked with my feelings and emotions which often arose from drawings or collages that she suggested that I make. It has brought about powerful and gradual personal changes in a process tinged with a somewhat magical beauty; I often felt the progress before I even understood it.

This experience and my interest in humans led me to train myself in psychotherapy. At the end of my entire university career, I am currently completing a specialization in psychotherapy focused on emotions, which in turn allows me to put emotions and sensations at the heart of my work.

A period of nightmares when I was a young adult brought me to my first shrink. One day, when I was telling him about a past event – what happened and what is still happening – my shrink told me "actually I hear you are afraid of this". I laughed in his face, pointing out that he hadn't understood a thing… Then as the session ended, I took my jacket and left. It only took a few minutes for me to reach the parking lot, and suddenly tell myself "but he's right actually, I'm not doing this because I think it's the best thing to do, but
because I'm afraid to do otherwise ". It was my first realization, the process was underway. My vocation was born at this very moment, and I decided to undertake my studies to become a psychologist. 15 years later, I am a psychologist in ACP training, I opened my practice a year and a half ago and I very regularly witness these realizations that I still find too
magical.

I recently became a shrink through a diploma and recognition from others.

But I have been a shrink since my early childhood, in the sense that I refused to be alienated by the madness of a loved one, where I preferred to be a shrink rather than a child-parent, where I I have ceased to find human beings curious, the great mad as well as the semi-mad, in order to empirically delimit the normal from the pathological.

As an adult, I have changed the paradigm: the important thing is rather to understand what alienates us, assigns us, regardless of societal norms or psychiatric nosology.

Now what makes me a psychologist, what drives me, is helping others to regain free will, no matter what hinders them.

Make my psychic apparatus available to him, to allow him to meet in safety, to enlighten himself and to take his place in the world.

Giving back free will also means connecting my professional identity as a shrink to the role I wanted for myself in this world, the refusal of exclusion.

Girl in the Chair: Jermaine Rhoden

BMW: the X8 M, the brand's most powerful car? – Caradisiac.com

Amazing test: choose an owl and find out what it says about you – MDZ Online

give confidence to your children

Amazing test: how are you according to your lip type – MDZ Online

The ZORRO and the DOLPHIN TEST: know your true personality – iprofesional.com