In Xiaomi smartphones, those in the Note range are positioned in the high-end models of the market. If you are a gamer at heart or a cinematography enthusiast, the Xiaomi Redmi Note 9 could become your next personal smartphone. The latter is on sale on Aliexpress today from 9am on the occasion of a Flash Deal! Activated quantity …

New versions of the Xiaomi Redmi Note 9 have been released, but we must not forget that this smartphone is still very usable. It does not have the latest technology, but it will allow you to browse the internet, play or watch series (or movies) without any difficulty. All this is possible in particular thanks to a software optimization very well carried out upstream as well as to the various components. If you’re looking for a smartphone that still has some under the hood, the Redmi Note 9 might interest you. The latter is on sale at the Aliexpress reseller at a price of € 79.99 instead of € 120.99, i.e. a nice saving of € 41. This promotion is possible using the code SDFRAN19 for new users or using code SDFRA19 for people who already have an account with Aliexpress.

Take advantage of the € 79.99 offer on Aliexpress

A Redmi Note 9 with a timeless design

If you are not looking for an ultra design smartphone as it should be today, the Redmi Note 9 from Xiaomi will fulfill all your desires. Using its 6.53-inch DotDisplay IPS panel with a resolution of 1080 x 2340 pixels, browsing social networks, playing games or watching one of our videos on YouTube will be enjoyable. The screen of this smartphone has good colorimetry and good contrast although it does not have OLED technology. The screen houses in a punch a thirteen-megapixel selfie camera capable of recording videos in 1080p at 30 frames per second. The rest of the Xiaomi Redmi Note 9 has a back as well as a plastic surround. 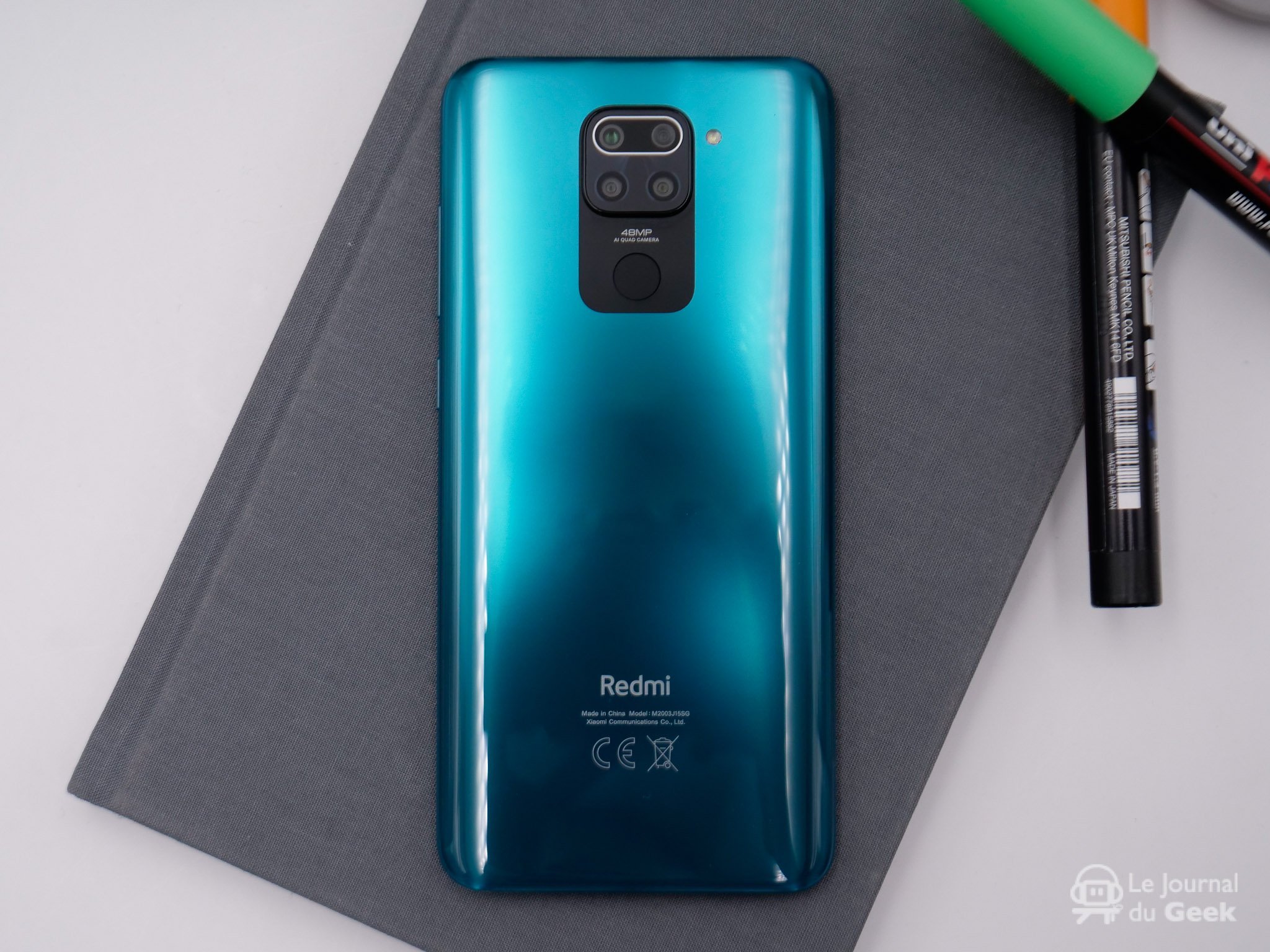 Although the design of the Redmi Note 9 does not make it stand out, this could change with the help of the components and its autonomy. The latter consists of a SoC Helio G85 from Mediatek coupled with 4 GB of RAM (or 3 depending on the configuration). These two components work very well especially since the software part is perfectly optimized for them. The Note 9 has a choice of 128 GB of internal storage or 64 GB, it will depend on the version you choose of course.

Regarding the autonomy part, the Xiaomi Redmi Note 9 has a 5020 mAh battery. The battery will keep you playing for approximately twelve hours straight on a single charge. The latter will allow you without any difficulty to hold a day and a half or even two days depending on your use.

Photo sensors will allow you to take good shots, day or night. In a smartphone with such a budget, it is difficult to find photo sensors as good as high-end models like the iPhone from Apple, the Pixels from Google or the S and Note ranges from Samsung. Nevertheless, they do their job well allowing you to photograph your best moments whether it’s on the street or on vacation. In short, the Xiaomi Redmi Note 9 is old, but do not neglect it since it will allow you to have a fast, powerful smartphone with a lot of autonomy. The latter is on sale on Aliexpress at the price of € 79.99 instead of € 120.99 or € 41 reduction using the code SDFRAN19 for new ones or using the code SDFRA19 for long time users of Aliexpress.

Take advantage of the € 79.99 offer on Aliexpress

Huawei helps developers do without Google on its smartphones – Frandroid

A taste of Android 12, a very clever malware and WhatsApp at fault – the essential of the news of the week