While Samsung's connected speaker, the Galaxy Home has already lagged behind for months, its Mini version has been spotted at the Samsung Developer Conference 2019 (SDC 2019) currently being held in California.

This small version is already in beta test phase in South Korea. The novelties communicated concern mainly the design of the speaker, Samsung hardly evoking its technical characteristics.

No information had leaked about the Galaxy Home Mini since the announcement of testing in South Korea at the end of August. And while the SDC is in full swing in California, the editors of the specialized site SamMobile spotted it without any press release being published by Samsung.

We thus learn that the design of the speaker would be slightly different from the last known images (photo below), the plastic parts having given way to a fabric covering. The overall rounded shape of the device, it has been preserved, and on its display, Samsung says: " an interface with an artificial intelligence, for a house constantly connected ". The device will certainly be part of the SmartThings range of the manufacturer. 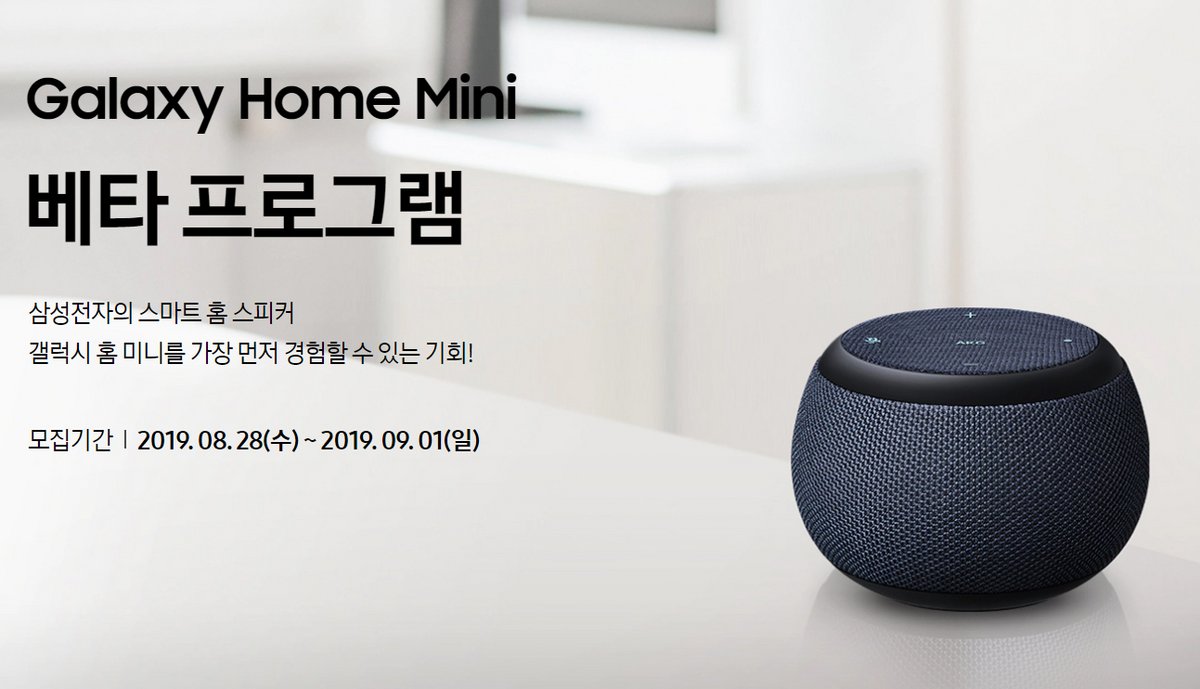 The miniature enclosure as it was presented last August

Samsung does not give more technical information. The significant delay of the "standard" version of the Galaxy Home, still in development more than a year after its announcement and not found during the Samsung Developer Conference, is probably for something. In August, Samsung said about it: " We continue to refine and improve Galaxy Home before it's launched, and we look forward to sharing more with Galaxy fans ".

The next big announcement at Samsung could concern the Galaxy S11, expected early 2020. The unveiling of a new smartphone could then be an opportunity to say more about the Galaxy Home and its Mini version.

Since the initial announcement of the speaker in August 2018, Samsung's two main competitors in this segment, Google and Amazon, have already proposed new features and new devices for their respective speaker ranges …