In case you still doubt it, the official name of the Samsung Galaxy Buds + appears in a Bluetooth SIG certification. Marketing of true wireless headphones with active noise reduction appears to be imminent.

The Samsung Galaxy Buds + seem really very close to their marketing. The leaker Mukul Sharma published, in a tweet a screenshot of the Bluetooth certification for these future true wireless headphones.

A small search in the Bluetooth SIG database makes it quite easy to find this document. This is particularly interesting since it confirms the name of the Samsung Galaxy Buds +, it appears twice in the certification. This is also an opportunity to verify that the model number is indeed SM-R175. 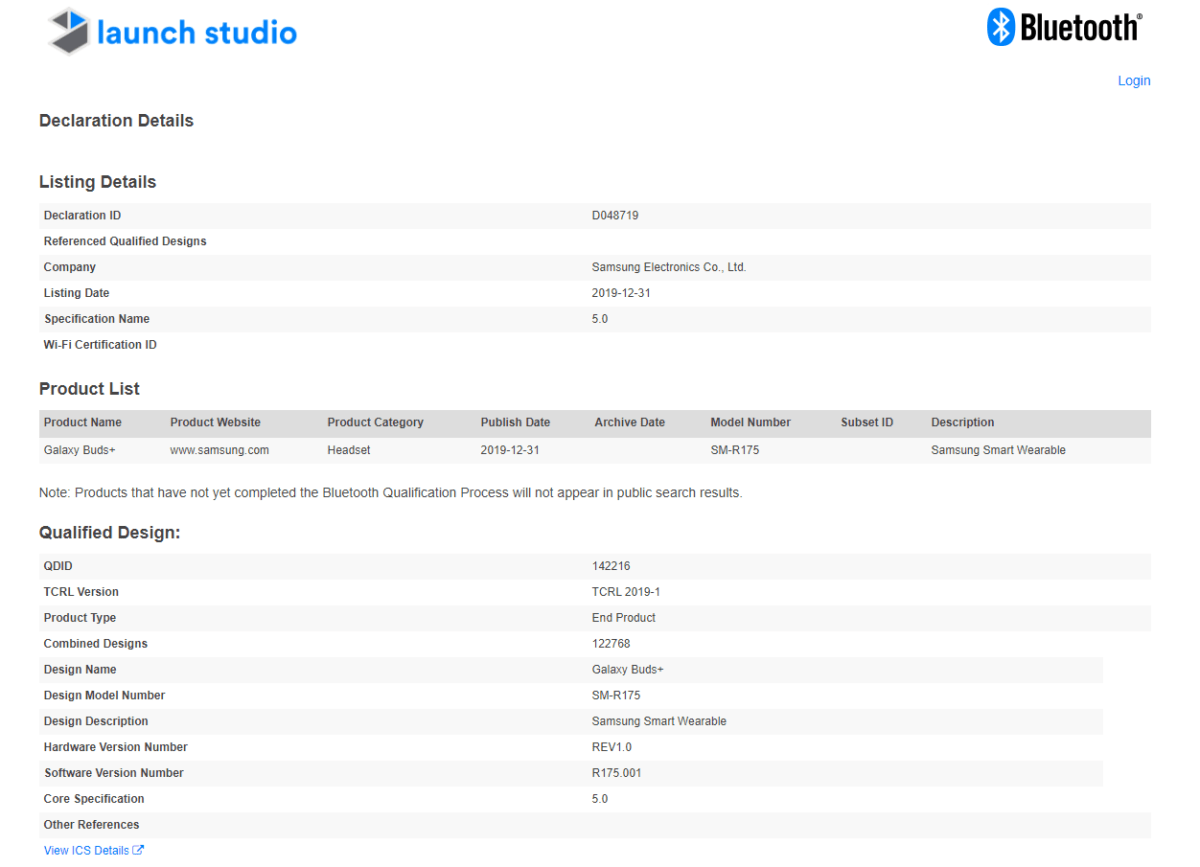 Recall that, until now, we assumed that the headphones would be called Galaxy Buds + following a post published by Evan Blass on Twitter. Then, it was through video entertainment and FCC certification that true wireless headphones appeared without ever corroborating their official name.

By adding the + symbol, we imagine that the main novelty of these new headphones will be active noise reduction to deal with Apple's Airpods Pro and Sony's WF-1000xM3.