Oppo has become the biggest seller of smartphones in China. With 21% of the Chinese market, the manufacturer has succeeded in dethroning Huawei. Cornered by US sanctions, the group saw its sales of phones collapse. Despite its strong popularity with Chinese consumers, the manufacturer must now be content with third place, ex-aqueo with Apple and Xiaomi. 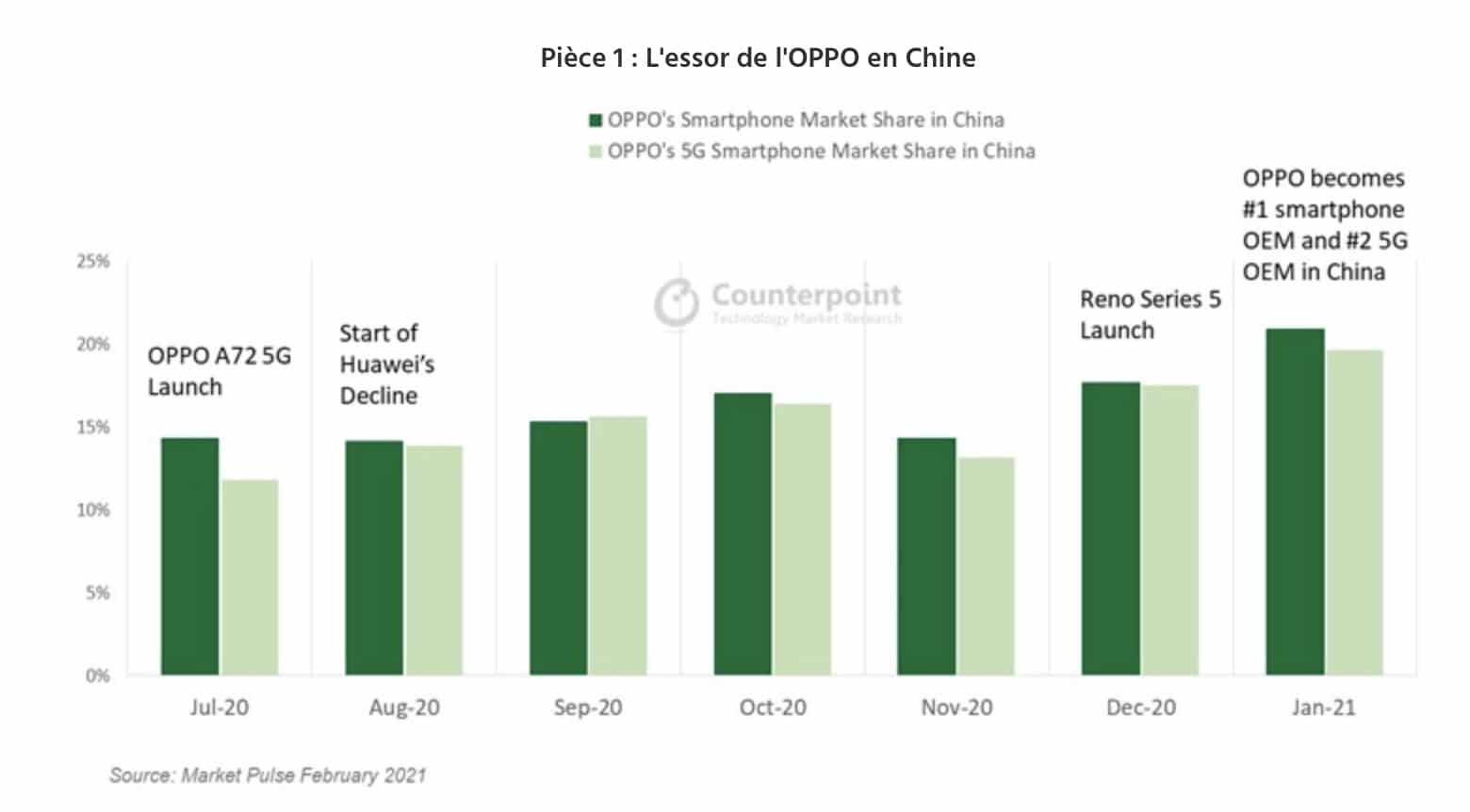 Oppo is establishing itself as the number 1 smartphone in China for the first time, reports a study by Counterpoint. Thanks to the success of smartphones such as the Reno 4 or the Oppo A72, the subsidiary of BBK Electronics monopolizes 21% of the market share. According to analysts, Oppo owes its gain in popularity to the Reno series and the A range.

“Oppo was able to successfully reposition its product lines in 2020. The rebranding of the Reno series and the launch of a more capable device at a lower price point than its predecessor helped OPPO to conquer the segment. affordable premium. The strong momentum of the A-series in the mid-range has strengthened the brand’s product portfolio to meet the demand for 5G phones in China over a wide price range ” explains Varun Mishra, senior analyst at Counterpoint.

Read also: Oppo teases a system that charges your smartphone through the air

Oppo takes advantage of US sanctions against Huawei

In second position, we find Vivo with 20% of the market share. Third place is occupied by three manufacturers: Apple, Xiaomi and Huawei. The trio respectively hold 16% of the Chinese market. In the last quarter of 2020, Huawei still captured 30% of the share of mobile telephony in China. With nearly 124 million smartphones sold in 2020 in China, Huawei was still the leader.

Without surprise, Oppo profited from collapsing Huawei smartphone sales. Deprived of 5G components, the group was forced to abandon the mid-range segment in China. Huawei is now focusing on selling high-end phones, with higher margins. With this in mind, Huawei sold its subsidiary Honor, specializing in affordable terminals for the youngest, to a consortium. This sale contributed to Huawei’s collapse in China and internationally.

Huawei offers the alternative to Android to all smartphone manufacturers