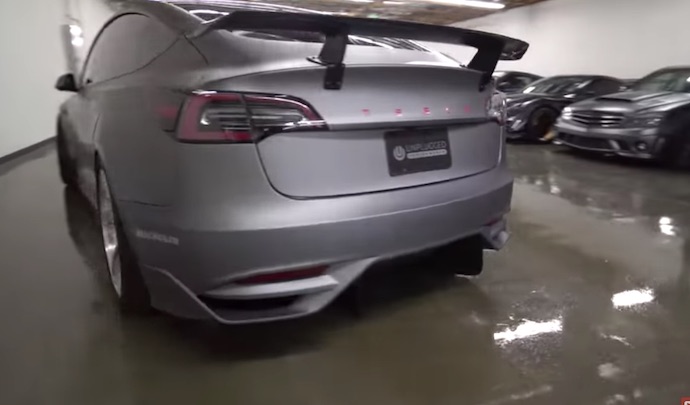 Here is the Tesla Model 3 pushed to the maximum of its capacities thanks to a new kit which modifies the aerodynamics, the chassis and the suspensions.

Tesla is currently doing a lot of testing of its upcoming Model S Plaid on the Nordschleife. The large American electric sedan was seen with semi-slick tires, a wider chassis and even a large fixed rear wing.

But the little sister Model 3 is radicalized too, thanks to a kit of modifications presented by the American company Unplugged Performance.

The kit consists in preserving the electric motor while maximizing the other parameters. The suspension is replaced by a new system, the brakes become much bigger as the brakes that will probably pose no problem of lower efficiency. Here is the Model 3 trimmed to beat the BMW M3 circuit …