Google is rolling out Android 12 beta 2 to smartphones enrolled in the beta program. Here are some new things to report. 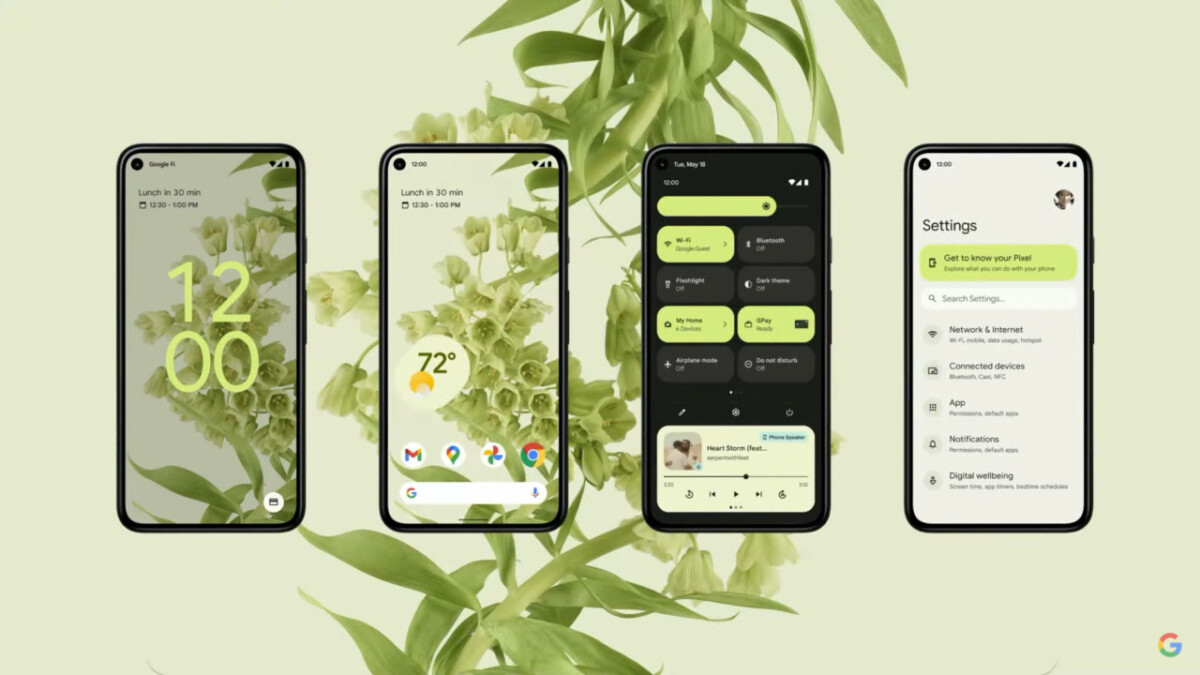 The new Material You design of Android 12 // Source: Google

Android 12 Beta 2 is now available for download, only on Google Pixels for the moment. If you have a compatible model and signed up for the beta of the new mobile OS version, you can update your device.

What are the novelties that we can already report? Here are a few things to highlight.

Android 12 Beta 2 was expected in particular for the addition of the most interesting function of the Material You design: the automatic adaptation of the accent colors of the system according to the dominant color of the chosen wallpaper.

Here is an overview of this personalization function in a few screenshots.

Thanks to Encestral Z for his screenshots.

The shortcuts panel welcomes a small change: the tile dedicated to the Wi-Fi connection changes its name to “Internet” and displays in small the name of the network to which you are connected. 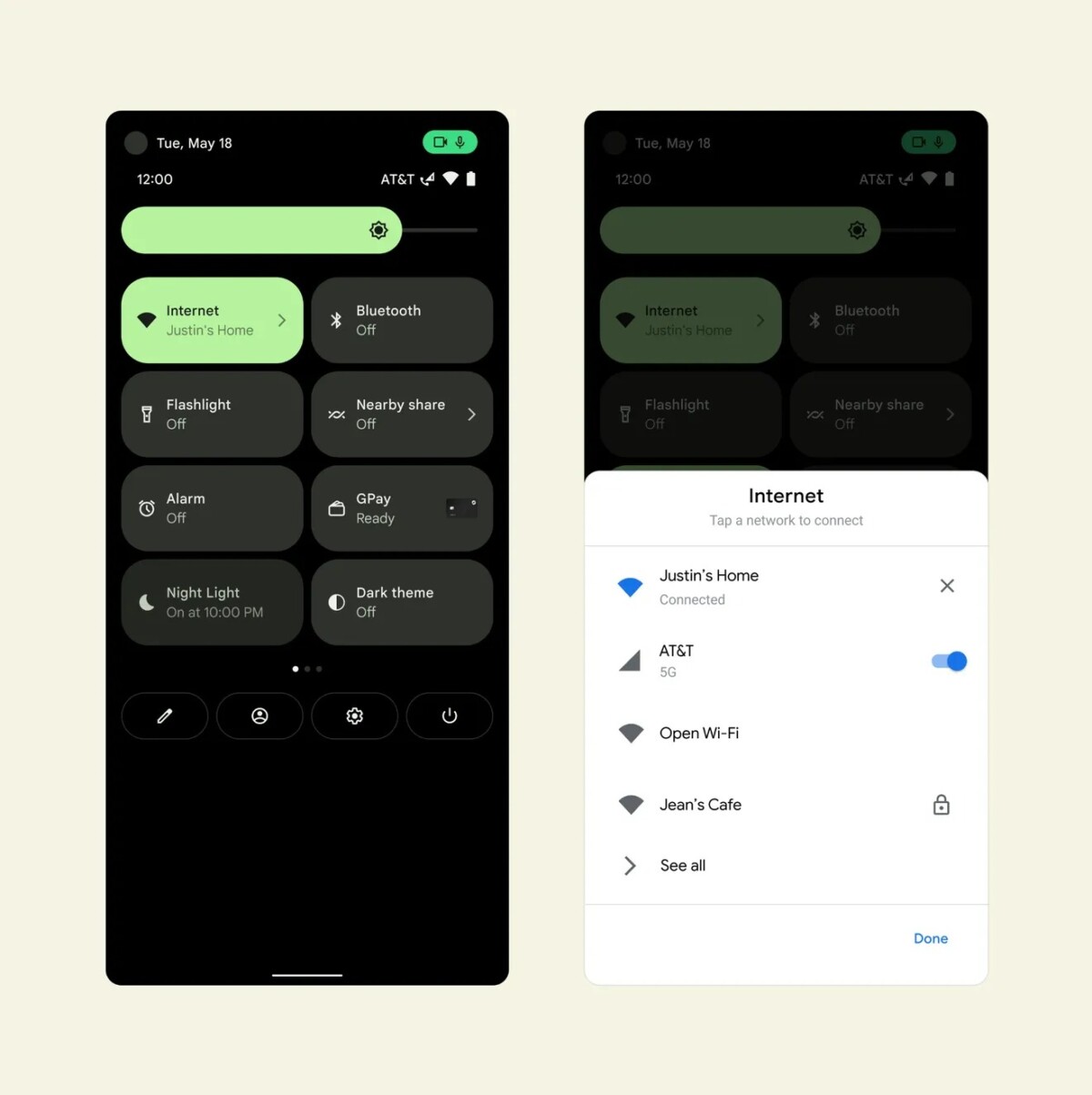 Tapping on it will take you to the list of available Wi-Fi networks and you’ll also see which mobile network you’re connected to (and you can turn it off with a switch).

It was an expected feature and here it is coming to Android 12 beta 2: the user receives a small alert to warn them when an application reads what has been copied to the clipboard. Please note that the notification is only sent when an app reads content copied from another app.

In addition, Google had announced the arrival of a privacy dashboard on Android 12. This function is now available in beta 2. This “Privacy Dashboard” allows you to see how often an application requests access to the microphone, to the camera and to the geographical position of the smartphone. 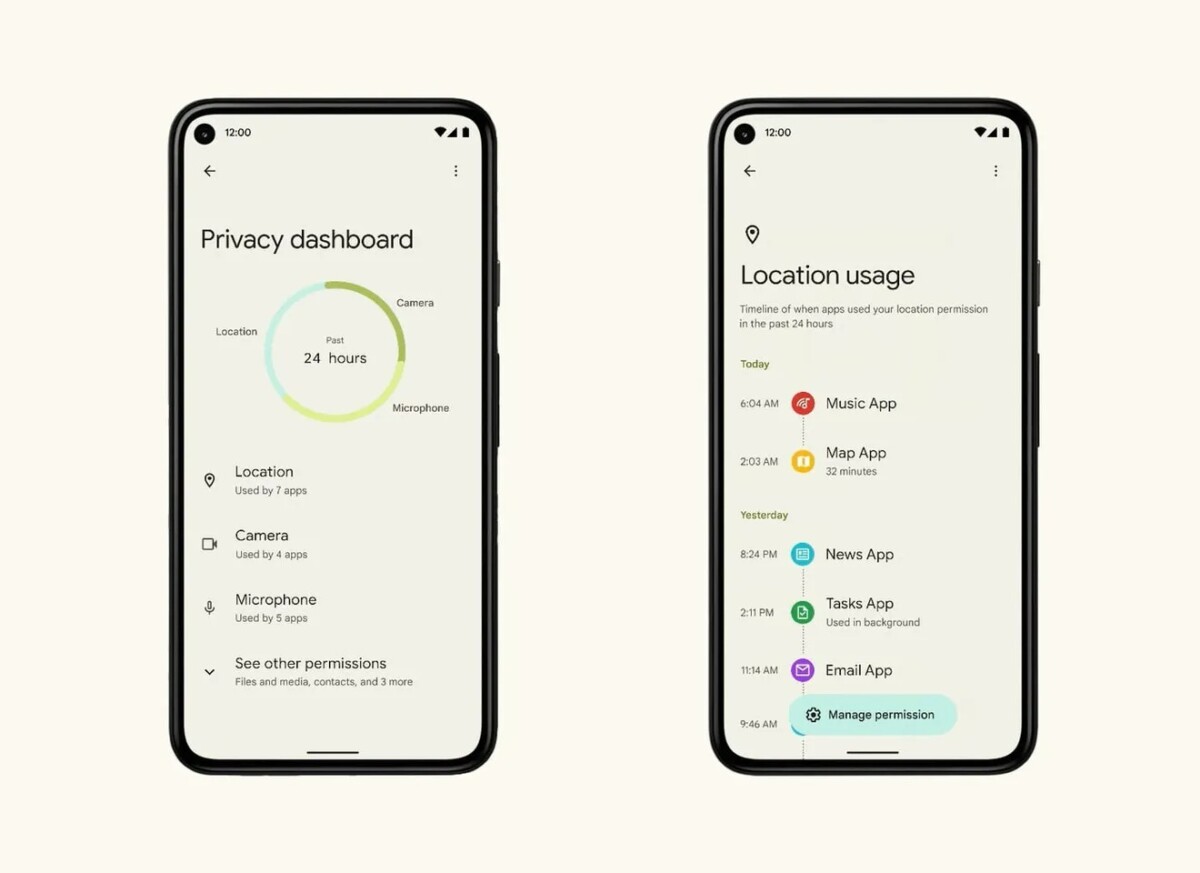 Apple also recently announced a similar option for iOS 15. Something else on Android 12, as soon as the microphone or the camera is activated, you will see an icon appear in the status bar. Via the quick settings, you can turn them off quickly.

The Verge reminds that if you do this, the next time an app tries to access the microphone or the camera, a message will ask you if you accept. If you decline, the app will think it has access, but it won’t actually pick up anything.

Google is following its Android 12 calendar

Android 12 Beta 2 is on time, we were expecting it in June.

Smartphones from other brands already running Android 12 will have to wait a bit before tasting the beta 2 available for the moment only on the Pixel 3, Pixel 3a, Pixel 4, Pixel 4a and Pixel 5.

It will then take a few more beta versions before the stable version of Android 12 is deployed.

You can now install Android 12 Beta on your smartphone to take advantage of the new features of the future version of Google’s mobile OS. Here’s how to do it.
Read more

iPhone 11, iPhone SE: 2 Apple promotions not to be missed at Amazon – 01net.com