The latest arrival from Huawei reminded us of a familiar model that we tested recently. The Matebook D16 is indeed a quasi-clone of the Magicbook Pro of the sister company Honor, but it rightly loses the “pro” of its name since its use will rather be considered on the multimedia side for individuals, even if it could withstand without flinching some heavy tasks.

It remains to be seen what features the brand has added or removed from its model. Although we unfortunately no longer have the Honor model to compare firsthand, let’s go and research those differences to see if this 16-inch is at least as good as its twin brother.

When unpacking, no surprise, we find the charger and the cord of nearly 2 meters characteristic to Huawei. The hood sports a chrome logo but rather discreet. 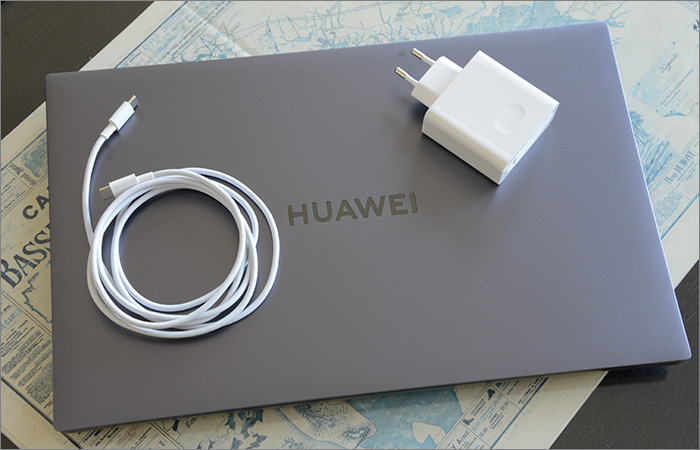 Under the device a large grid is used for ventilation, one can also see, by playing with the orientation of the computer, the two fans responsible for cooling the components. 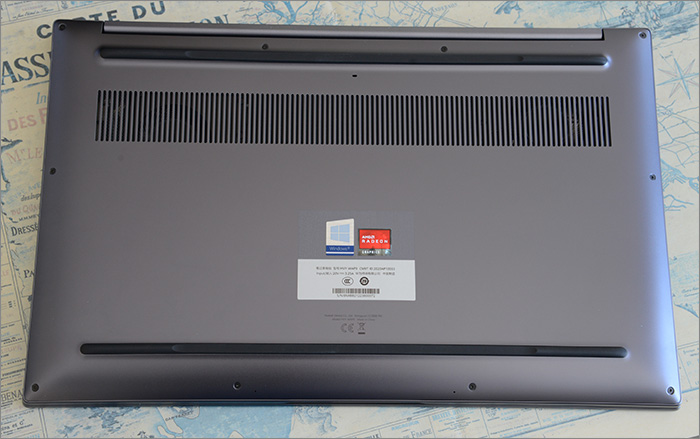 On the left we find the first difference with two USB-C sockets instead of just one, which will be used both for recharging and for connecting external devices such as a second screen and an HDMI port. 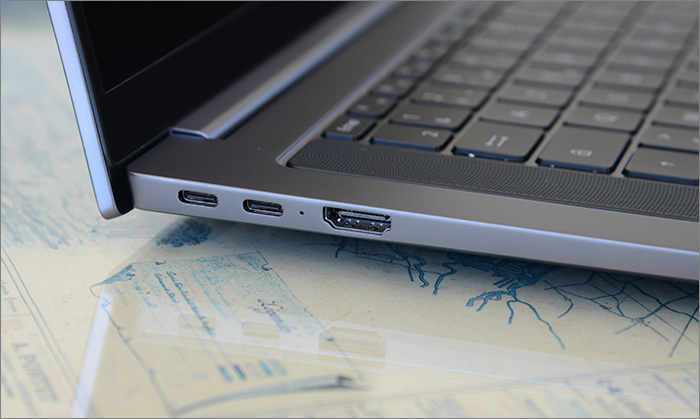 On the right side nothing changes with two USB-A ports for a possible mouse or peripherals with this type of port, still very numerous. The headphone jack is also present. 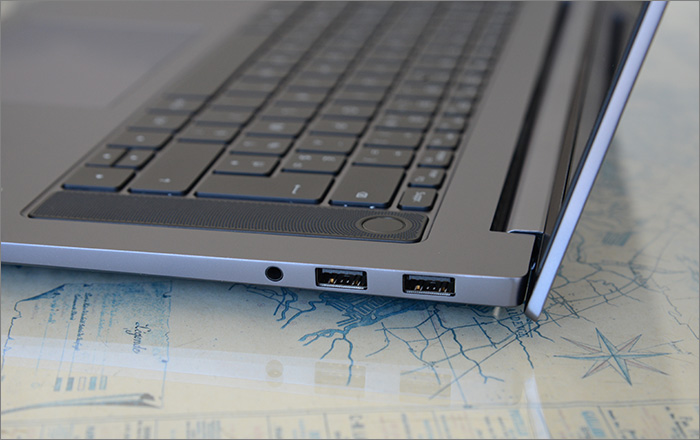 The keyboard is identical in every way, quite large thanks to the size of the chassis. We regret in passing once again that this space was not used to integrate a numeric keypad. Typing is pleasant thanks to sufficiently spaced keys and the pleasant click. The trackpad is also comfortable in terms of size, but a slight crackle with each click spoils the picture a bit, as if the pad had a bit of play. Without the old model, it’s difficult to say if this detail was also present in the Honor model. 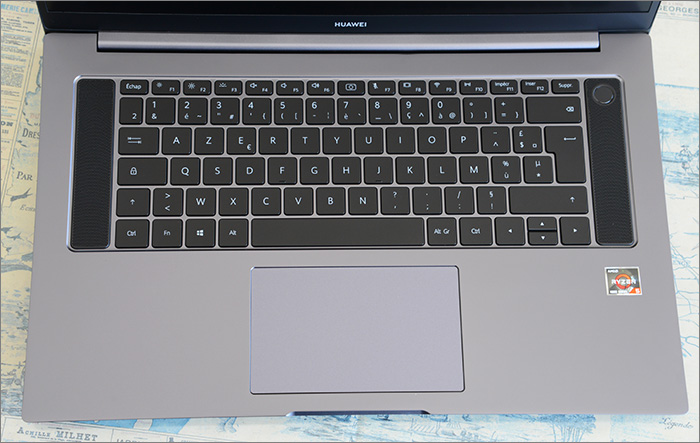 In any case, the power button which acts as a fingerprint reader is present, embedded in the speaker on the right. 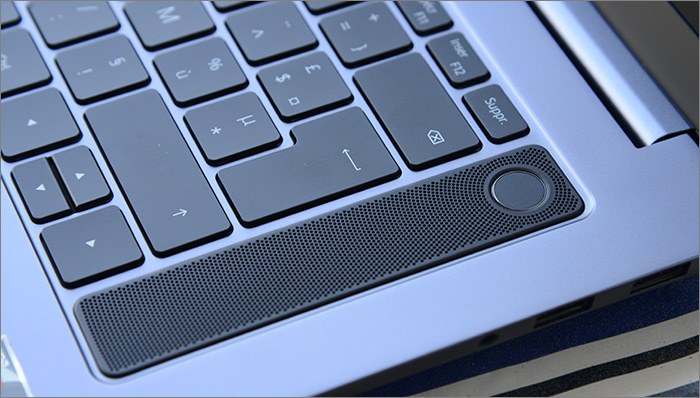 But it’s still the screen that gives us the best impression. With its matte coating it limits parasitic reflections and its format makes it very suitable for watching videos or surfing the web in a comfortable way. The general impression that emerges from the whole is very satisfactory. 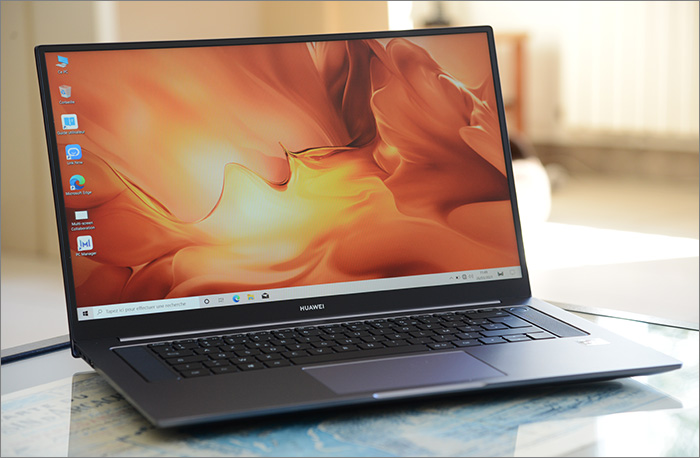 Once in the system we discover in the settings of Windows 10 Family the configuration of the device:

The Matebook D16 has almost exactly the same as the MagicBook pro. With the additional USB-C port that we noticed earlier, the device also switches to Wifi 6, and this is rather good news since the new routers almost all have this characteristic.

It remains to be seen whether the performance of the components remains the same. It is very likely that yes, in terms of power, but this needs to be confirmed by other benchmark tests and a video session to also check the audio, autonomy or other points such as the fingerprint reader or the camera.

We will update this topic when we go further. If you are already convinced, note that Huawei is currently doing a seduction operation to obtain the Matebook D16 at 899 euros with a device as a gift. Your choice: a Wi-Fi 6 router, wireless headphones or a smartwatch. Click here for go to the Huawei website if you wish to benefit from it before April 26, 2021.