Since December 2020, the main French operators have launched their 5G mobile plan offers. If all French cities do not yet allow 5G networks, more and more of them are passing the course. Last Friday, Paris became the last world capital to allow operators to open their 5G networks. However, if several tens of millions of people around the world can today benefit from access to 5G, the company OpenSignal has just published an intriguing report.

According to this study on the quality of 5G in the United States, we notice that the quality of the network is different depending on the terminal used. The study reveals that 5G would be of inferior quality on iPhone. Without further explanation, OpenSignal simply concludes that Android users enjoy better 5G than iPhone owners. When we go into the details of this study, we quickly see that Samsung largely dominates the 25 terminals tested. In other words, the Galaxy S21 5G would currently be the best 5G smartphone in the United States, and possibly worldwide. 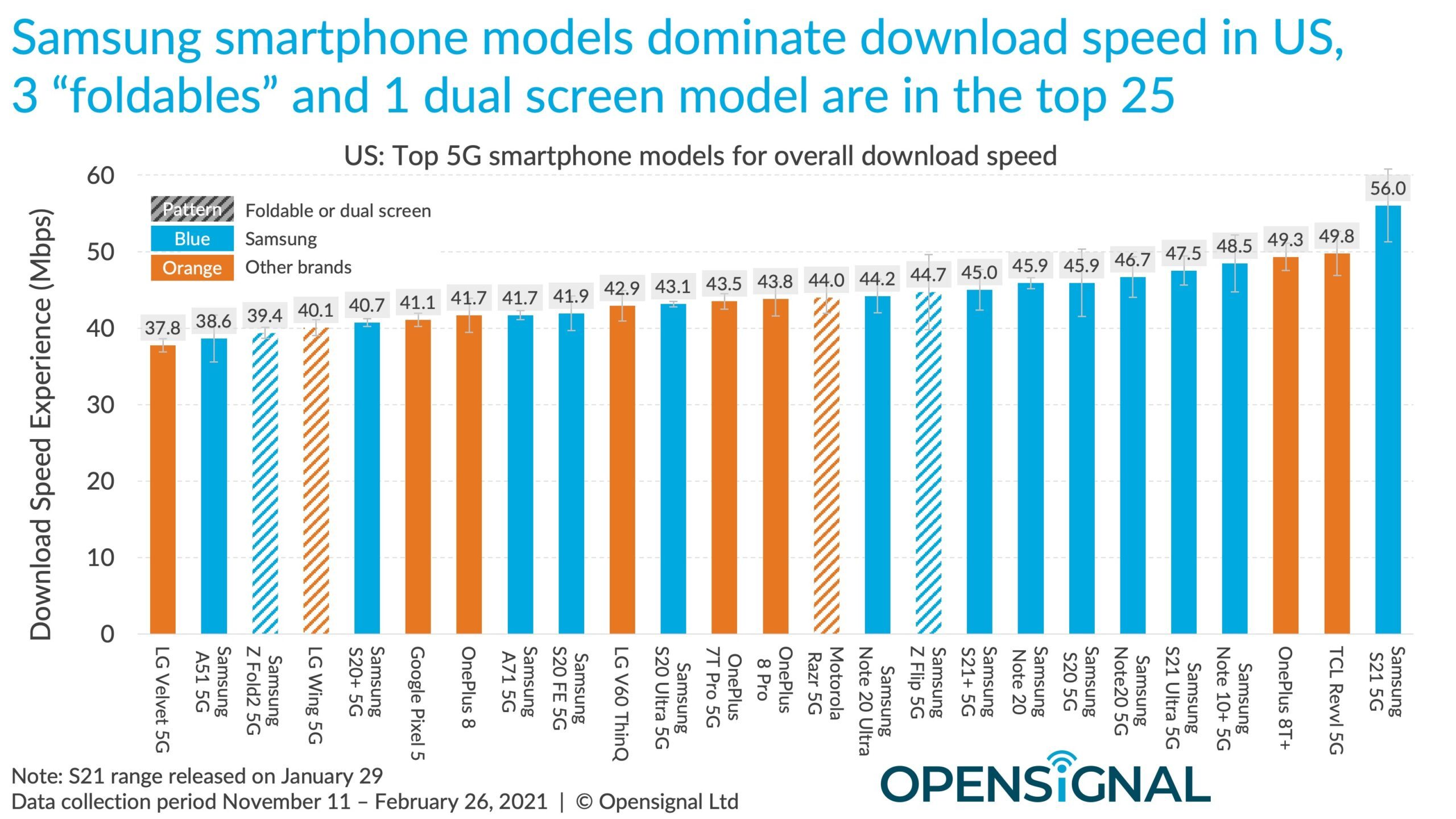 The study carried out by OpenSignal indicates that the speeds analyzed vary between 37.8 Mb / s and 56 Mb / s between the worst and the best smartphone. As we said, Samsung and its Galaxy S21 largely dominate this ranking. However, it is closely followed by TCL and its Revvl, as well as the OnePlus 8T +. If Apple is largely absent from this ranking, it is still important to remember that the Cupertino company waited for the arrival of the iPhone 12 to launch 5G. Meanwhile, Apple has struggled to produce its 5G modems on time, as the pandemic has dramatically upended the company’s plans.

There is a good chance that this kind of study will push manufacturers to surpass themselves in order to display ever more efficient 5G characteristics.

105 euros, today is the canon price of the Huawei Watch GT 2 on Amazon – frandroid