The iPhone 12 appeared in a new Chinese advertisement highlighting water resistance. The announcement angered internet users in China. Many accuse Apple of lying about the waterproofness of its smartphones. Indeed, if the iPhones do have an IP68 certification, Apple does not offer any guarantee if the device is flooded. 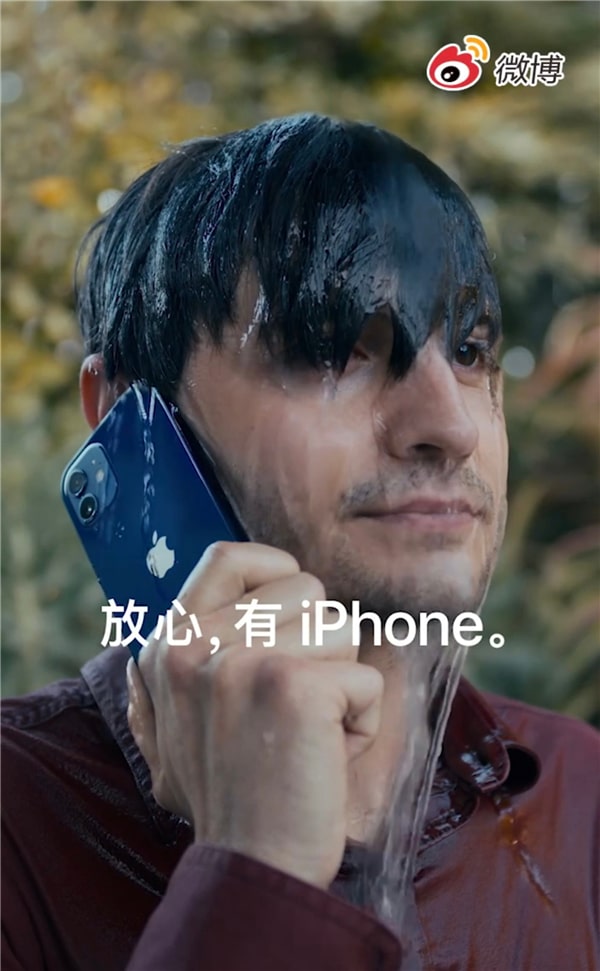 Apple has just launched a new advertisement for the iPhone 12 in China, report our colleagues from MyDrivers. The advertising poster (visible above) shows a man in the rain. Despite the weather, he continues to hold his iPhone to his ear. The man is obviously in full communication.

The slogan states: “Splash and water resistant, don’t worry, it has an iPhone”. This precisely this sentence that triggered a wave of criticism on Sina Weibo, the Chinese social network. Indeed, Internet users regret that Apple puts forward the water resistance of iPhone 12 while no warranty is offered in the event of damage.

As can be read on the Apple website, all iPhone 12s have a “Degree of protection IP68 according to standard 60529 of the International Electronic Commission”. Concretely, this certification ensures that the smartphone will survive an immersion for 30 minutes at a depth of 6 meters.

Unfortunately, Apple’s policy very clearly states that warranty does not apply if iPhone 12 fails after being submerged under water. “If an iPhone or iPod has been damaged by liquid (such as coffee or soda), repair due to that damage is not covered by Apple’s one-year limited warranty” Apple details on its website. Apple reserves the right to deny warranty for an iPhone that has been intentionally flooded. Ultimately, the ad implicitly advises a user to ruin their phone’s warranty.

This is not the first time that the Californian giant has been pinned down regarding the water resistance of its smartphones. At the start of the year, a class action lawsuit in the United States accused Apple of misleading consumers. A few months earlier, the Italian competition authority fined Apple 10 million euros for misleading commercial allegations about the waterproofing.

These 9 Android Apps Are Dangerous, They Hack Your Facebook