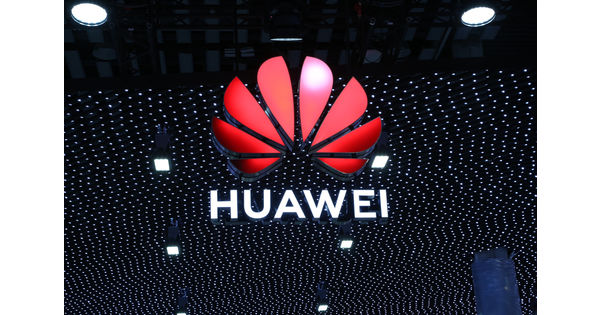 2019 has been a particularly difficult year for Huawei. And things will only get worse for the big Chinese telecom supplier, warns Jan Stryjak, analyst at Counterpoint. Already excluded from the United States, it is on the way to losing the battle in Europe, a key market for its development outside of China. This is true in 5G network equipment. This is also true in smartphones.

The big blow came from the UK. In July 2020, Boris Johnson's government did an about-face by banning telecom operators from using new 5G Huawei equipment from the end of 2020 and by imposing on them the obligation to withdraw the equipment from the supplier Chinese of their networks by 2027. It is a hell of a blow because the decision of London was expected as a spur to the rest of Europe. In January 2020, Boris Johnson had however left the door ajar to Huawei, simply limiting his involvement to 35% of the networks.

Nothing like that in France. But the law on network security, adopted in July 2019, actually amounts to the same thing. Anssi, the national information systems security agency, charged by the government with whether or not to authorize the use of telecom equipment, has denied Free the use of Huawei in its 5G network. And SFR and Bouygues Telecom, which use equipment from Huawei in their 4G networks, are invited to withdraw them by 2028. As for Orange, which relies on Nokia and Ericsson in France, takes note of the new context in Europe and is considering turning away from Huawei, which it uses in other European countries such as Belgium.

Towards the expulsion of Huawei from all networks

Initially, the fears of European security authorities were limited to the heart of networks, the sensitive part where data is processed. They now extend to the access network formed by the radio antennas. "The direction to take is therefore clear: Huawei's expulsion from all core networks in Europe appears to be a question of when, not if, and its European activity in radio antennas could also be endangered, writes Jan Stryjak on the Counterpoint blog. This will likely cause Europe to catch up in its 5G race with China and the United States. "

The situation is even more difficult in smartphones. The US embargo imposed on Huawei in May 2019 deprives its new devices, including mobile applications from Google and Facebook, which are very popular in Europe. And since May 2020, the embargo has been tightened twice, shutting off Huawei's access to vital chips to its products. While its smartphone sales in China continue to climb, international sales, and particularly in Europe, are in free fall. In the second quarter of 2020, the global share of its deliveries fell to 16%, down from 22% a year earlier. At large benefits from its Chinese rivals such as Xiaomi, Oppo, Vivo or Realme.

Looking towards the American elections

"Even if the market seems to be recovering somewhat, Huawei's trajectory remains worrying, says Jan Stryjak. So it looks like Huawei is waging a battle on the European front that it simply cannot win. Recently, Huawei management used the image of a Japanese WWII aircraft – shot full of holes but still in flight – as an analogy to illustrate its current situation. Unfortunately for them, it now looks like the wings have fallen. "

According to the Counterpoint analyst, Huawei's future appears to be on hold following the outcome of the US presidential elections. If Joe Biden wins over Donald Trump, Huawei could hope for US sanctions relief as part of a trade deal between China and the United States. Huawei's consumer business would likely be the first to see the pressure ease, with its network infrastructure business not benefiting until much later. "But even this scenario is not without challenges, underlines Jan Stryjak. Even if Huawei gets a reprieve and is able to start rebuilding itself, Huawei's brand and public image outside of China may well have suffered irreversible damage. "

Difficult to bring back consumers

Which makes the Counterpoint analyst say that Huawei is playing for survival in the next 12 to 24 months. " It will be an uphill struggle, perhaps even an impossible task, to get consumers and businesses in Europe to buy Huawei products again. ", he predicts.