The Huawei Mate 40 Pro continue to unveil itself. A few days before the announcement, a well-known informant unveiled the selling prices in euros of several models in the range. Despite US sanctions and the imminent collapse in sales, Huawei is following its usual price list. No drop in prices in prospect. 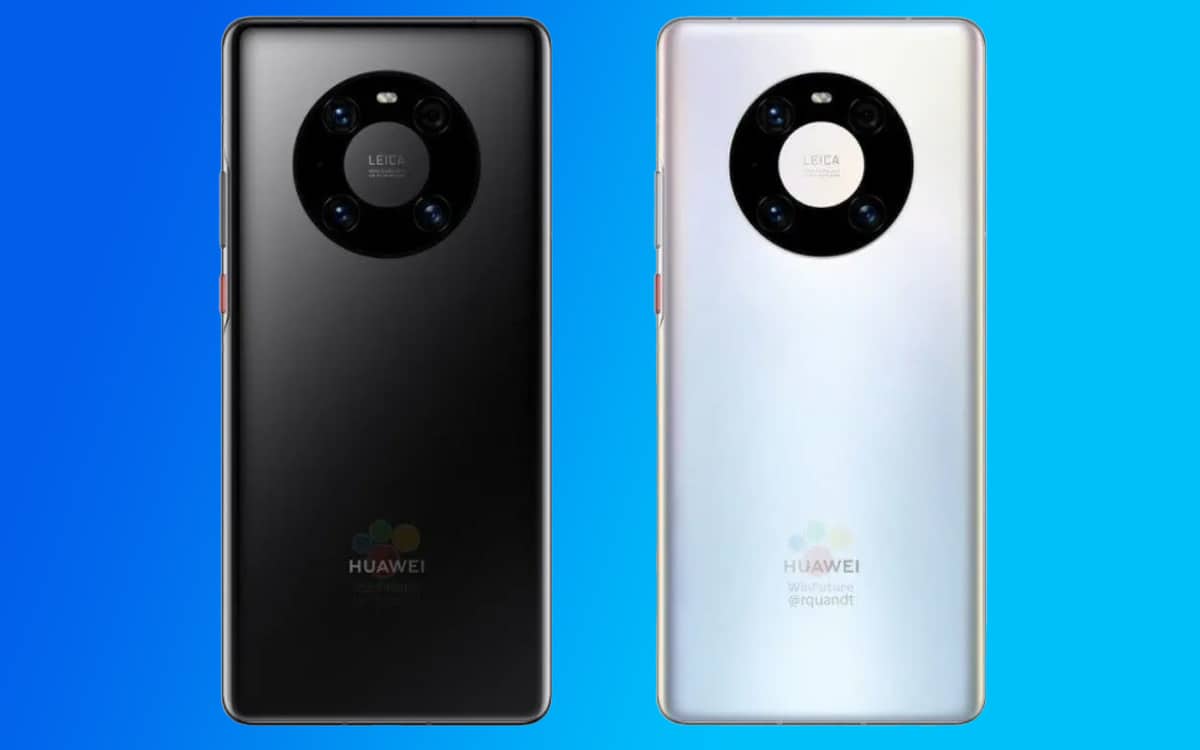 The Huawei Mate 40 Pro has no more secrets for us. According to information shared by Roland Quandt, the smartphone is covered with a 6.76-inch OLED screen and is equipped with a dual front photo sensor housed in a punch. It is powered by the Kirin 9000 SoC engraved by TSMC in 5nm and a 4400mAh battery with 65 watt fast charge.

Finally, it is distinguished by a camera composed ofa main 50 megapixel sensor (f / 1.9). Huawei introduces a new rounded design for the back camera. A few hours after this massive leak, Teme, a famous Chinese leaker, disclosed the selling prices in euros of the Huawei Mate 40 Pro on his Twitter account.

On the same subject: Huawei Mate 40 – its release would be postponed to 2021 in Europe

According to Teme, Huawei will market the standard Mate 40 Pro at a starting price of € 1,100. Despite repeated assaults from the United States, the Chinese brand is not lowering its prices. Last year, Huawei launched the Mate 30 Pro at a starting price of € 1,099 on the European market. Despite its many strengths, the flagship has not met with success. The lack of Google apps and services, including the valuable Play Store, has put off most consumers. This situation is expected to repeat itself this year, despite the impressive evolution of Huawei Mobile Services.

As a reminder, Huawei will unveil the Mate 40, Mate 40 Pro, Mate 40 RS and Mate 40 Pro + this Thursday, October 22, 2020. What do you think of these high prices? Can Huawei manage to conquer the market under current conditions? We await your opinion in the comments below.

Bugatti: What would happen if…? – The Auto Blog

Huawei P40 Pro: the screen is worse than that of the iPhone 12 Pro according to DxOMark – PhonAndroid