Huawei has just lifted the veil on Harmony OS 2.0, a second iteration of its Android alternative. This new version of the operating system would be available on some of the brand's smartphones from 2021. We take stock of all the information available. 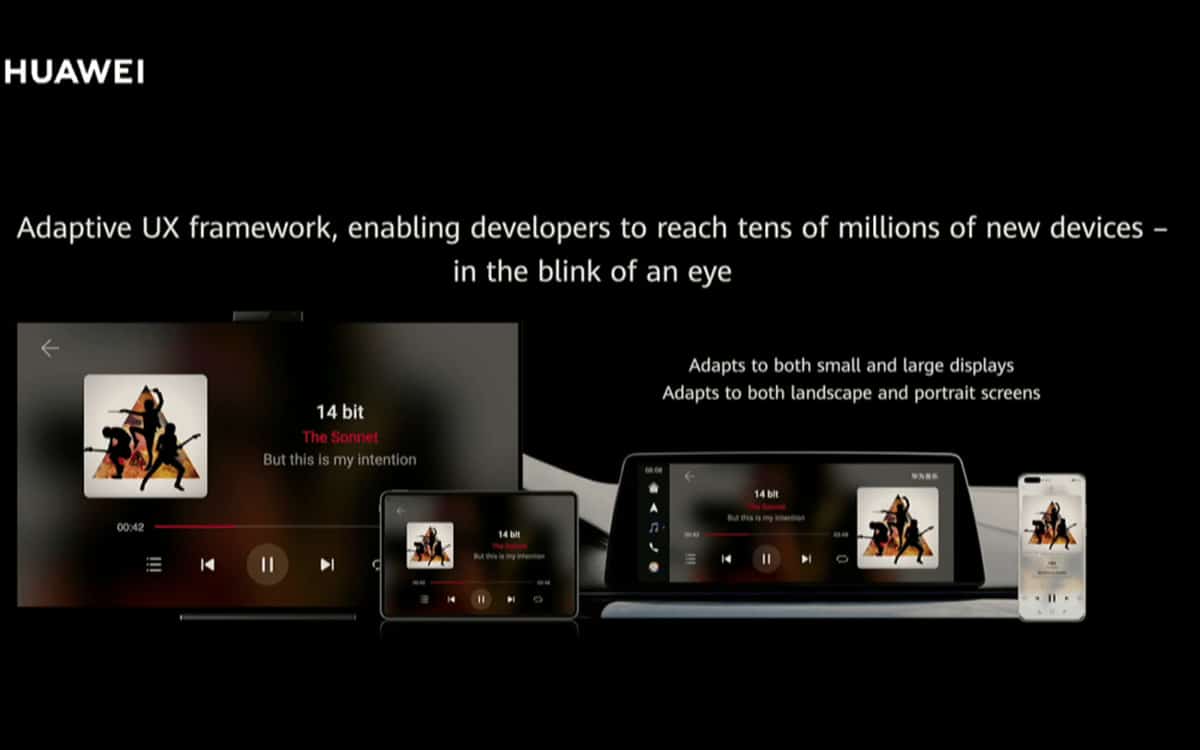 This Thursday, September 10, 2020, Huawei kicked off the Huawei Developer Conference, a series of events dedicated to developers in China. At the opening conference, the Chinese group first announced EMUI 11, a new version of the overlay based on Android 10.

At the same time, the group continues to look for alternatives to survive sanctions frenzies imposed by the US government. With this in mind, Huawei unveiled Harmony OS 2.0, a new version of its in-house operating system unveiled at the end of 2019. As expected, this new iteration has also been designed for smartphones.

On the same topic: Huawei wants to believe that HarmonyOS will compete with Android and iOS, experts doubt

To enable developers to offer compatible applications, Huawei is now launching a development kit for Smart TVs, smartwatches and computer central units, report our colleagues from Huawei Central. From December 2020, a first beta of Harmony OS on smartphone will be made available to developers.

On stage, Richard Yu, CEO of Huawei's mobile division, believes that the alternative to Android should land on the brand's smartphones as early as next year. Deprived of an Android license and Google applications, including the precious Play Store, Huawei is forced to bet everything on its home solution.

We can therefore expect to see smartphones landing on Harmony OS from that point on. As a first step, Huawei is expected to deploy Harmony OS 2.0 in the Chinese market before offering its OS internationally. We'll tell you more as soon as possible. While waiting for more information, please feel free to share your thoughts in the comments below.