The aggressiveness of the characters and the avatar they designed are related to the person’s behavior.

A recent investigation carried out by a Canadian university, ensures that behavior in a video game such as The Sims, could determine if a person engages in psychopathic behaviors. This experiment was carried out on a group of people. They were asked from creating an avatar, to working for a while in virtual reality.

The study was conducted by psychologists from the Lakehead University, in Ontario. And it was applied to a total of 205 participants. All were asked for the following actions. First, create an avatar in The Sims. After representing them in a common way and finally interacting with four different characters. The latter had different personalities and were handled with Artificial Intelligence.

They were created by researchers

Among the four creative characters for the studies, with whom each participant interacted, certain characteristics stood out. Two of them were aggressive and tricky. While two others were submissive or kind. 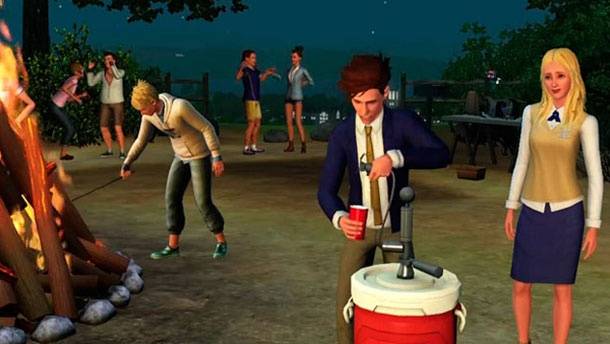 After a good day of play, it was noticed that people with psychopathic traits are more likely to show aggressive and mean behavior towards other characters, as detailed by the Daily Mail.

Also, in the interaction with the four characters created with AI something interesting happened. Those with a psychopathic tendency celebrated the attitudes of the aggressive and cheaters. Likewise, they saw weaknesses in the submissive or kind. In fact, they were aggressive with the latter mentioned.

“Our findings may suggest that psychopathic individuals view the absence of aggressive behaviors as an indicator of weakness and are prepared to exploit or assault individuals who display this type of weakness,” said psychologist Beth Visser.

Amazing test: choose a flower and see what it reveals about you

Amazing test: the first thing you see indicates if you are a caring person

How to deal with negative emotions when they all appear together

Amazing test: the first thing you see indicates if you are an impulsive person

Psychology: “DIY therapy” to exteriorize your emotions and sufferings