For a year, the French Competition Authority has been investigating Google for abuse of a dominant position. Now, the web giant is under the yoke of an antitrust lawsuit brought by Arizona (United States). Through this new case, new documents (pdf) claim that the Mountain View group would have complicated access to privacy settings on Android so that users do not deactivate them.

While Google gave pride of place to privacy during Google I / O 2021 and presented Android 12, darker stories that totally contradict the company’s rhetoric have just surfaced. In a lawsuit against Google by the state of Arizona, new documents have highlighted the fact that executives and engineers at the firm knew that Google had intentionally hidden privacy settings in the Android options so that they are less easily deactivated. This decision followed a “substantial increase»The number of user devices that have turned off location data.

In the same category 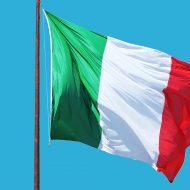 5G: Vodafone conditionally authorized in Italy to use Huawei equipment

Subsequently, Arizona attorneys also pointed out that Google had “managed to put pressureOn smartphone makers like LG to hide their location settings on their devices. Another worrying privacy fact revealed by its new documents, even though location sharing was turned off, Google was subtly continuing to collect rental data on users.

Through a statement made by former Google Maps vice president Jack Menzel, we also learned that the only way to prevent Google from determining your home and work location was to set the address of its home and workplace like other random places. For her part, Jen Chai, senior product manager at Google in charge of localization, said she did not know how the company’s complex web of privacy settings interacted with each other.