Google will change its Android search engine choice screen to make participation free for qualifying search engines. Previously, only three search engines that were willing to pay large sums of money were offered alongside Google Search. 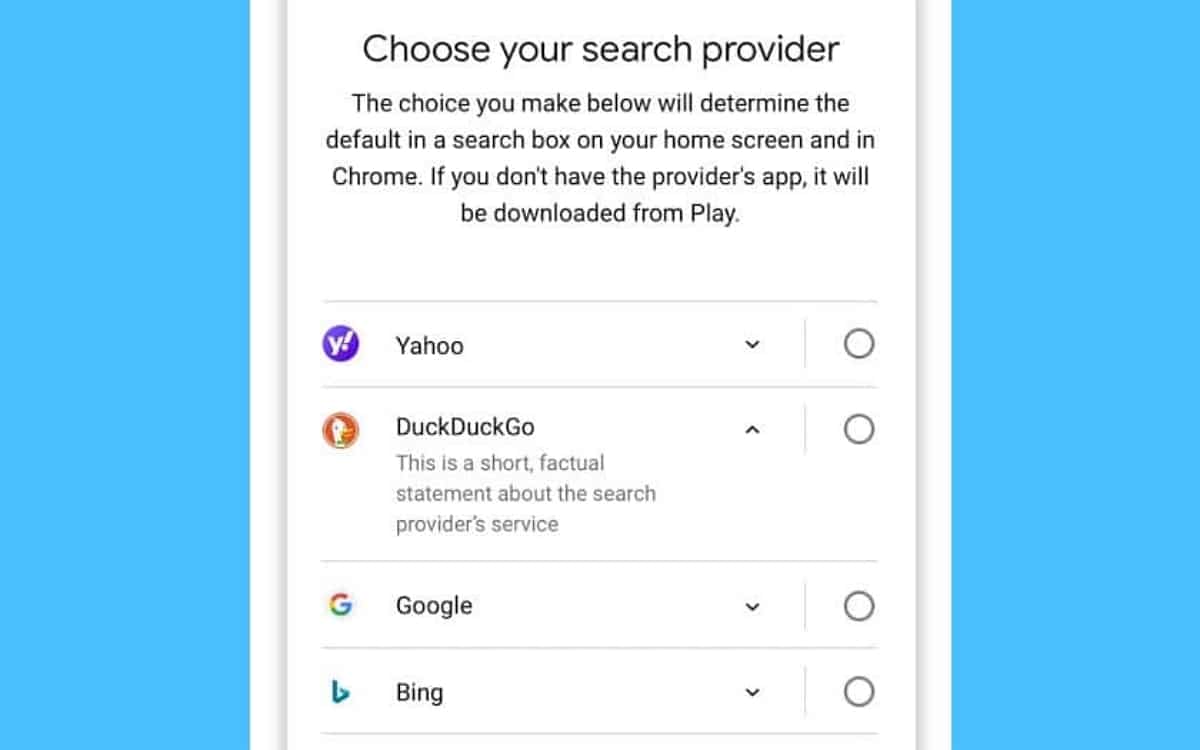 Last year, following a court ruling, Google began showing a search engine “choice screen” to people who set up Android devices in Europe. They could until now select their default search engine from a number of options. Google had added this selection screen in response to a record fine of $ 5 billion from the European Union for abuse of dominance.

In France, the engines available are DuckDuckGo, Qwant and Info.com. The problem is, these other search engines are not chosen at random. Indeed, these competing offers appear through an auction system by country in which ” search service providers indicate the price they were willing to pay each time a user selects them in the choice screen in the given country “. This system obviously benefited some of the wealthiest companies., like Microsoft, which could easily include Bing on this list.

Google is finally thinking about the less fortunate search engines

Google will update its policy to include more providers in the list of default search engines, which is offered to every Android user in Europe. Only general search engines are eligible, and they must have a free search app on the Play Store.

The changes will take effect on September 1, 2021 in Europe as well as the UK, the Google blog said. From this date, up to 12 search engines will be presented on the Android configuration page, and will be randomly selected among eligible search engines in each country. This is good news for users, who will now be better able to choose the right search engine for them to browse the Internet.

If you choose DuckDuckGo for example, it will be available automatically when opening browsers like Google Chrome, but also on the home screen of your Android smartphone. Your device will also automatically install the search app provider from the Google Play Store.

Xiaomi breaks prices once again with the Mi TV P1