Android 12 will allow users to easily access all deleted files on their smartphone. According to a leak, Google is developing a recycle bin similar to the one found on a Windows or Mac computer. 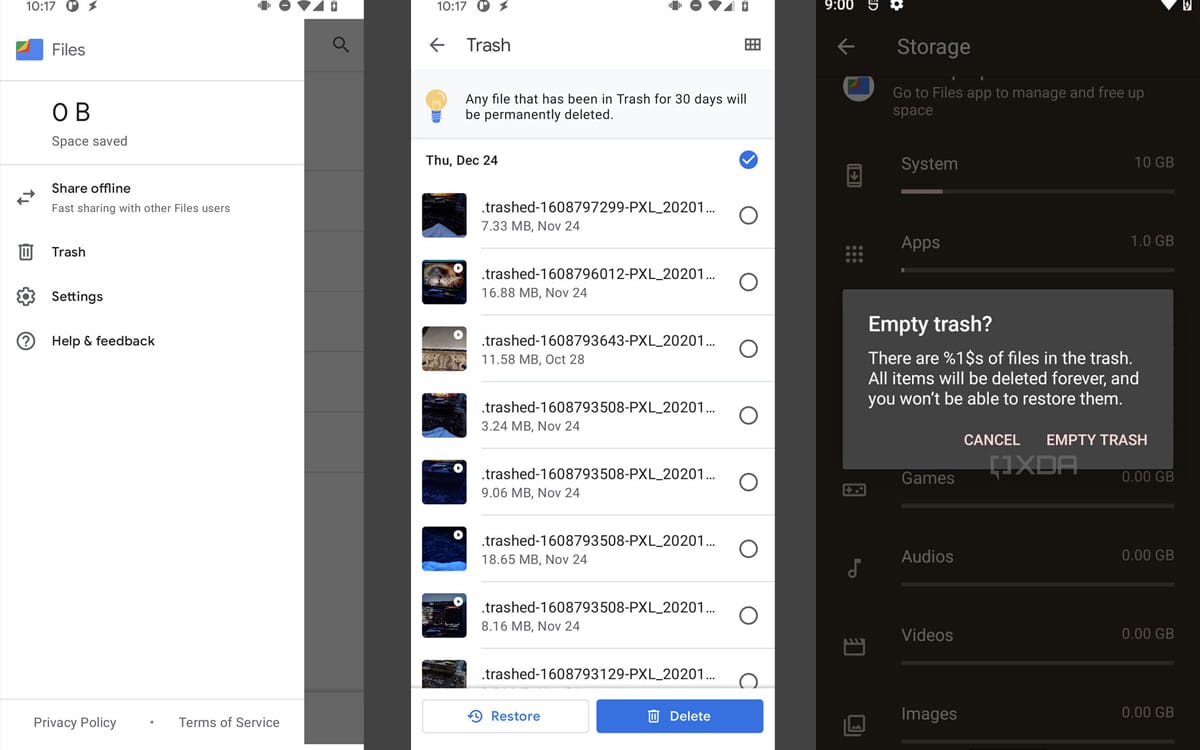 With Android 11, Google added a hidden recycle bin to its mobile operating system. When using an app optimized for Android 11, it is possible to put files in the recycle bin rather than permanently deleting them. Applications can therefore recover accidentally deleted files on demand from users.

However, the user cannot access the list of all deleted documents from his Android smartphone. On a computer, a trash / trash can icon allows you to find all the photos, videos or files deleted from the hard drive. In the end, the Android 11 recycle bin system was rather limited compared to what we find on Windows or Mac for example.

On the same topic: Android 12 takes inspiration from iOS and forces apps to ask permission to spy

With Android 12, Google would now integrate a bin accessible to the user in a few clicks. While digging through the code of the latest beta of Android 12, our colleagues from XDA Developers discovered a Trash folder hidden in the Files by Google application. This recycle bin can be accessed by going to Settings then in Application storage.

This recycle bin directly displays the weight of all items deleted from the smartphone. As on a computer, it is possible to Empty the trash, and permanently erase all documents. The data is then irrecoverable by the applications concerned. Nevertheless, it is still possible to recover deleted photos or files on Android.

This option is not integrated in the Android system but in Files by Google app. De facto, this novelty should eventually land on smartphones running Android 11 or an earlier version. As XDA points out, Google should inaugurate this novelty during the launch of Android 12 in the final version, which is scheduled for September 2021. However, all the options in development are not always integrated into the stable version. By September, Google can still change its mind. We’ll tell you more as soon as possible. While waiting for more information, feel free to give your opinion in the comments below.

IPhone 13 Pro Max: the first models confirm that they will have huge photo sensors