Google would prepare a new version of Gmail where attachments stored on Drive would be displayed as a preview thumbnail. This display option was discovered in a beta version of the mail client. Another novelty, related to Drive's scanning tool, was also discovered. 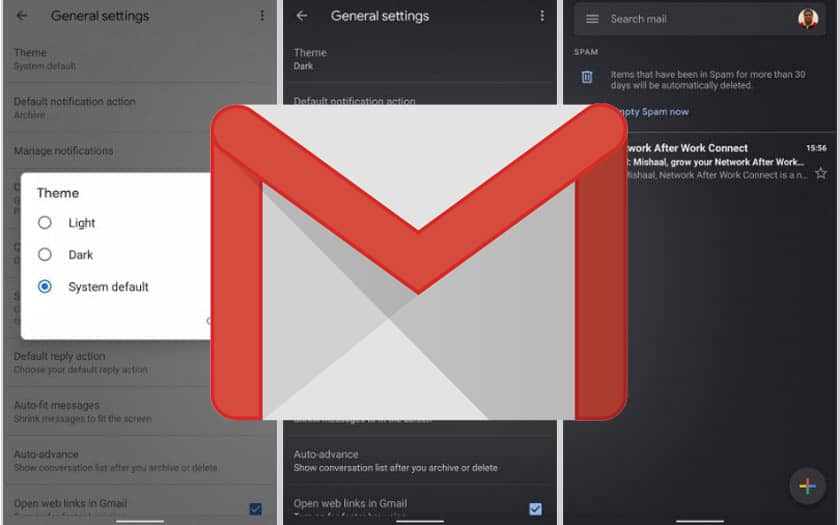 Google regularly enriches its applications, whether on PC or Android. Recently, the Mountain View company is working to standardize the user experience across all of its services. Standardization through application design, of course, but also through mutual integration of services. Search with Maps. Maps with Hangouts. Hangouts with Gmail. Gmail with Drive. Etc. And of course, these integrations are tested before being implemented in the consumer versions available on the Play Store.

The XDA Developers site found two new APKs only available in beta. The first concerns Gmail. And the second Drive. By exploring these two archives, two novelties appeared. The first in the Gmail APK. And the second in the Drive archive. Even if they do not revolutionize the use of the email client or the online storage service, these are two very interesting functions.

The first is a perfect illustration of improving the integration of services with each other. Gmail for Android is getting richera preview of the attachments stored on Drive. Until now, if you want to include one in an email, the file selection interface only presents a list of folders and files (with the date of last modification). The new version of Gmail presents folders and files as an icon. And if a preview is possible, it is displayed to make it easier to choose the right file. It works with all types of files that already have preview in the dedicated application.

Google Drive: soon a scanner as good as Acrobat?

The second new discovery is therefore found directly in the Android version of Google Drive. And more specifically in the scanning tool. Two changes have been made. First, scanning automatically straightens scanned documents so that they are straight (which is more convenient to reprint it for example). This tool is clearly inspired by better known scanners like Adobe Acrobat. Then, the virtual buttons to access the image modification tools were deported to the bottom of the screen, taking advantage of a slight reorganization of the interface. They are thus easier to reach on phablets.

Read also: Google Drive now allows you to view all files without connection on the web

These functional and ergonomic new features are not yet available on the consumer versions of Gmail and Drive. They may never be, if Google believes they are not of sufficient interest. However, there is a good chance that they will.