Essential is dead. The start-up of Andy Rubin, the co-creator of the Android mobile OS, has just announced its closure just three years after its launch. The firm did not survive the commercial failure of its first and only smartphone, the Essential Phone, and the scandals that damaged the reputation of its illustrious founder. 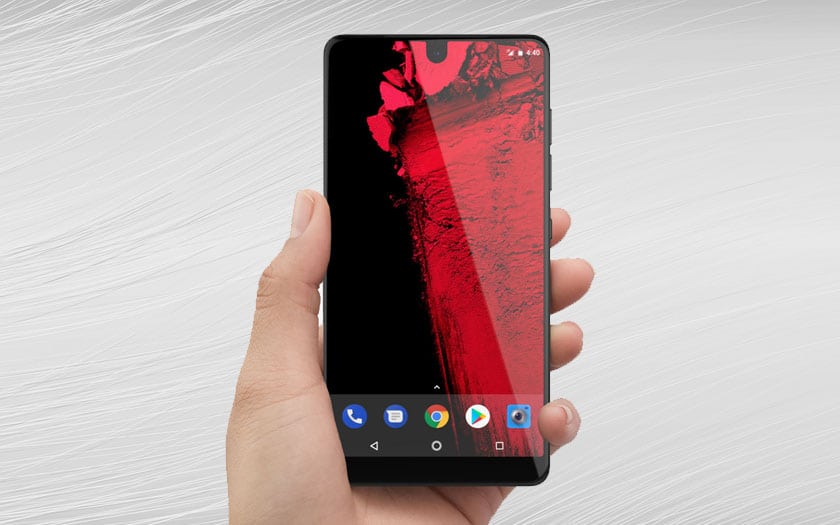 Essential closes its doors. The young American brand announced its permanent closure in a press release published this Wednesday, February 12, 2020 on its website. The Essential Phone 2, also called Project Gem, will therefore never see the light of day. In October 2019, Andy Rubin had however teased an astonishing smartphone with a very elongated form factor, on his Twitter account.

"Our vision was to invent a mobile computing paradigm that integrates more seamlessly with the needs of everyday users. Despite all our efforts, we have now taken Gem as far as possible and, unfortunately, we have no clear way to deliver it to customers. " explains Essential. Essential’s farewell statement is accompanied by several videos showcasing the use of the stillborn smartphone. "In light of this, we made the difficult decision to cease operations and close Essential" concludes the firm.

Read also: who is Andy Rubin, the father of Android and the Essential Phone?

Launched in 2017 following a $ 300 million fundraiser, Essential has simply not survived the monumental failure of his first smartphone, the Essential Phone PH1. Only marketed in a handful of countries (including France), the Android smartphone quickly suffered an avalanche of software and design problems, particularly on the touch screen and modular camera side. Andy Rubin’s smartphone quickly flopped despite undeniable strengths. As a reminder, the Essential Phone is the first Android smartphone on the market to bet on the notch, quickly popularized by the iPhone X.

Essential’s death was also precipitated by scandals that ruined Andy Rubin’s reputation. While still employed at Google, Rubin allegedly forced a colleague to join him in a hotel room for sex. The executive is also accused of having set up a vast pimping network. To protect its brand image, Google has paid $ 90 million in severance payments to the father of Android to discreetly remove him from the company. Under these conditions, Andy Rubin quickly withdrew from the direction of Essential, to no avail.

No more updates for the Essential Phone

The Essential will therefore not receive no more security updates, warns the company. "The security update released on February 3 is the latest update for the Essential software team. Your smartphone will continue to work, but we will not provide any updates or additional customer support. ” Essential says in its farewell post. However, the company has committed to uploading its source code to the GitHub platform. Essential is hoping that the developer community will take over to offer future updates.

The death of the start-up also signals the end of Newton Mail, a paid email client available in particular on Android and iOS. Cloud Magic, the developer of the application, was in fact bought by Essential in February 2019. "Existing Newton Mail users will have access to the service until April 30, 2020" announces the firm. What do you think of the death of Essential? Do you regret the sad fate of Andy Rubin's start-up? We await your opinion in the comments below.