Huawei has just launched the deployment of the EMUI 10.1 update on the P30s and on the Honor View 30. This new version of the Android overlay is currently arriving in China. We will explain how to install the firmware as soon as it is available in Europe. 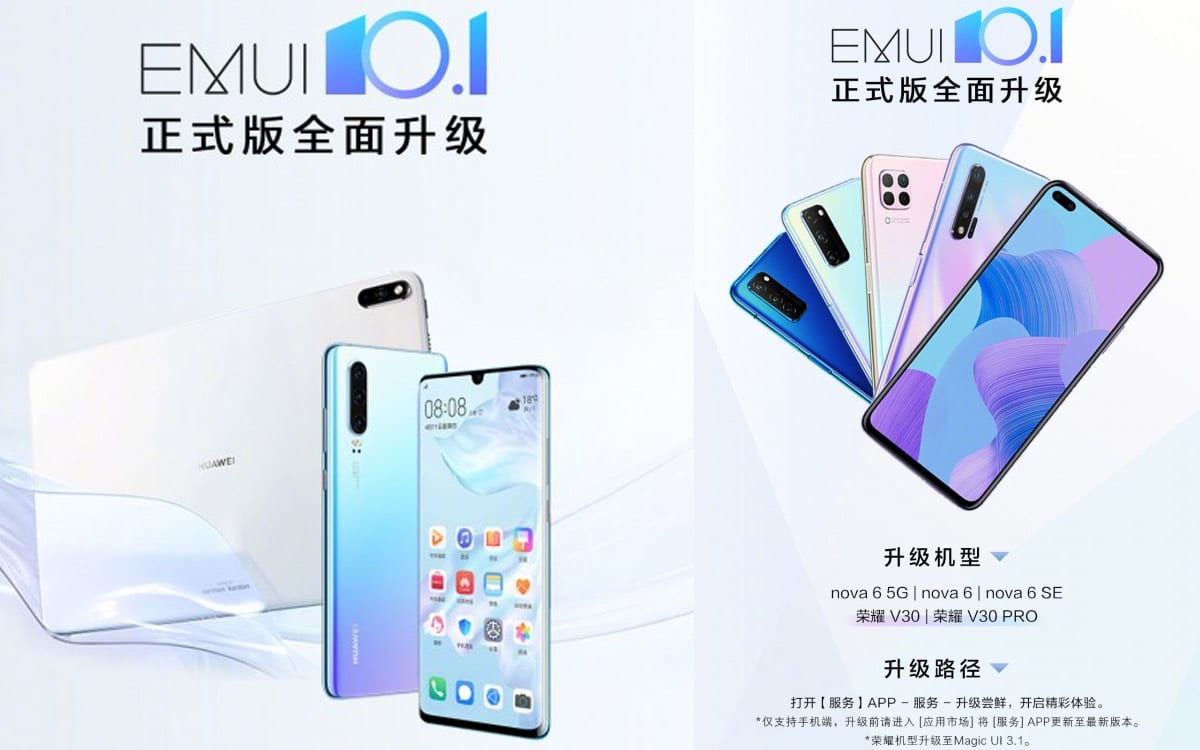 Last March, Huawei presented version 10.1 of the EMUI interface at the P40 conference. This new iteration brings a lot of new features, including Celia, the alternative to Google Assistant, MeeTime, Huawei’s response to Google Duo, and a native split screen mode. Huawei says that 29 smartphones will be able to install the EMUI 10.1 update in the coming months.

On the same topic: Huawei P40 Pro users could test the beta of EMUI 11 before everyone else

How to install EMUI 10.1 on your Huawei or Honor smartphone?

True to its promises, Huawei launched the deployment of EMUI 10.1 on several terminals a few days ago, the brand announced on Chinese social networks. At first, the firmware obviously arrives on devices in China. Here is the list of smartphones and tablets who are currently receiving EMUI 10.1:

In the case of smartphones designed by Honor, it should be noted that it is rather Magic UI 3.1 rather than EMUI 10.1. However, it’s the same overlay with similar features and new features. To check when EMUI 10.1 will be offered on your device, follow our short tutorial below:

Given the habits of Huawei and Honor, we can expect EMUI 10.1 to arrive in France in the coming weeks. What do you think of the new interface developed by Huawei? We await your opinion in the comments.