Researcher at the social and cognitive psychology laboratory (LaPSCo) in Clermont-Ferrand, Guillaume Dezecache, lecturer, has just published an article in the international scientific journal Current Biology which takes a fresh look at the crisis we are going through.

Working on social reactions to danger, he is convinced to cross a unique period in history and gave us some thoughts on containment, its followers and its detractors.

They were on deck during confinement: we say thank you! (Large format)

What motivated your forum in "Current Biology"?

"We are in the midst of a massive" real life experience "allowing us to see if our brains and bodies can do without each other. What we will gain from this particular situation is as important as how we can cope with it. and how long.

This is a rather unique moment for us, researchers, who work on social behavior, and especially for me who works on social reactions to danger.

One fact particularly marked me: a few weeks ago, the French continued to gather in bar terraces and ignore social distancing. And similar violations of official advice have occurred everywhere and people have often been called irrational and irresponsible.

But these behaviors are not surprising to social scientists because in humans, and beyond, in primates, being with others is a normal way to manage stress.

This not only has nothing to do with the reality of the threat, but an increasing threat will only reinforce this social inclination. "

"In collective threats, humans naturally seek even more physical proximity, because affiliation and the search for physical contact are essential responses to danger" 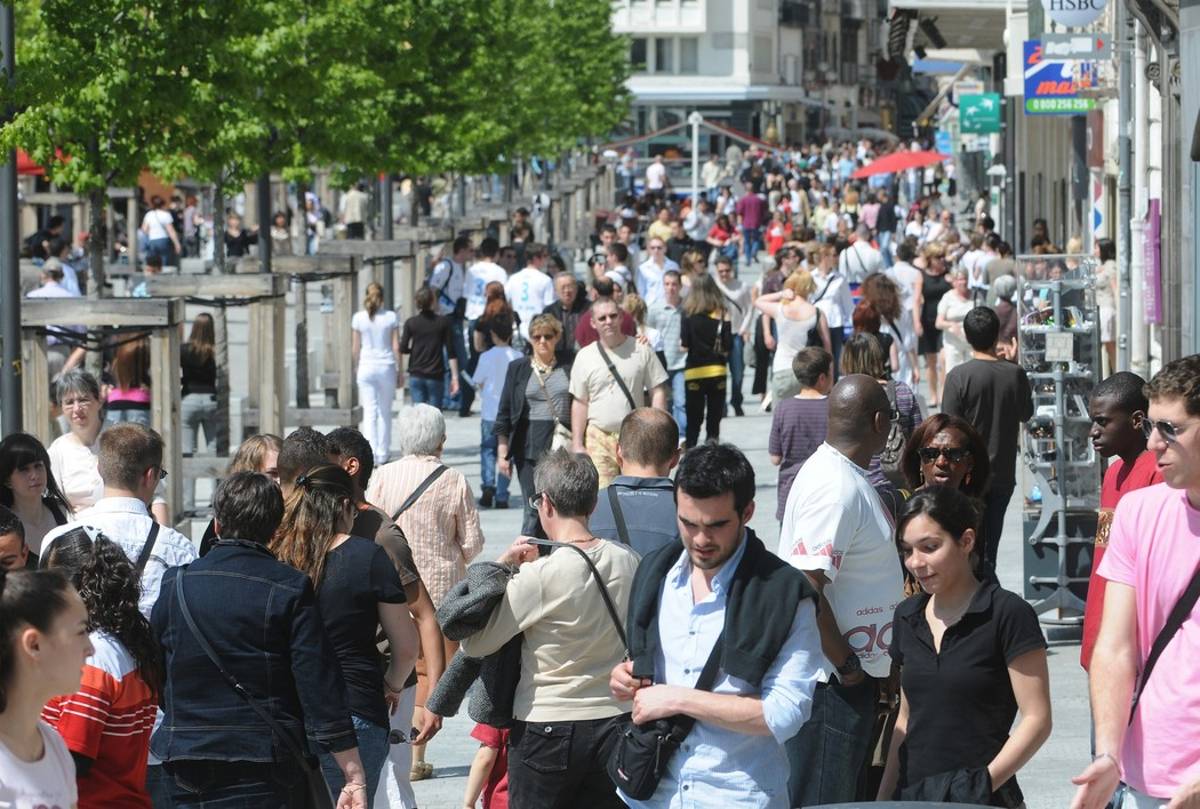 Jaude, one fine day in May … before the crisis.
Did some people not feel very little concerned by the threat?

Most people are clear that there is a threat, but they do not see it as a collective threat that directly affects them.

The main problem is that diseases are invisible, especially covid-19 which often remains asymptomatic.

This imperceptibility means that it is not even detected, and even less recognized, as a collective threat. Consequently, the classic defensive avoidance mechanisms (fear, disgust, etc.) do not work.

Difficult to consider yourself a deadly threat!

And even if we think the threat is widespread within our own group, the implications for ourselves are difficult to take into account.

Because recognizing that one is likely to become a deadly threat to others is incongruous with our self-image.

This is how some are often led to denial of danger. "

Did some people ignore the Covid-19 because they weren't really at risk, old or sick?

Indeed. In our societies with an efficient healthcare system, the threat can only be considered serious for a small fraction of the population.

And if we do not belong to this fraction, it cannot be interpreted as collective: it is them, not us.

A threat that remains invisible, and that would only apply to certain people, is different from other threats (predators, enemies, hurricanes) that threaten everyone in a given place.

Puy-de-Dôme: these habits of confinement that we will keep

Isn't technology, and in particular the internet, which is often criticized, an asset in this kind of crisis?

"The Internet does not replace physical contact: in primates, it is even essential.

And for us, the internet will not replace this physical contact, but it comes close: the famous skype aperitifs which exploded during the crisis, did not replace the real aperitifs, but they nevertheless made it possible to exchange, to see each other, to laugh, to smile together.

As such, perhaps we could decide, given this importance, to make the internet free during these times. "