Apple is the subject of a US lawsuit. This class action accuses the manufacturer of having lied about the water resistance of its iPhones. The complaint claims that Apple overestimates the waterproofness of its devices while it offers no guarantees in the event of immersion in seawater or water from a swimming pool. 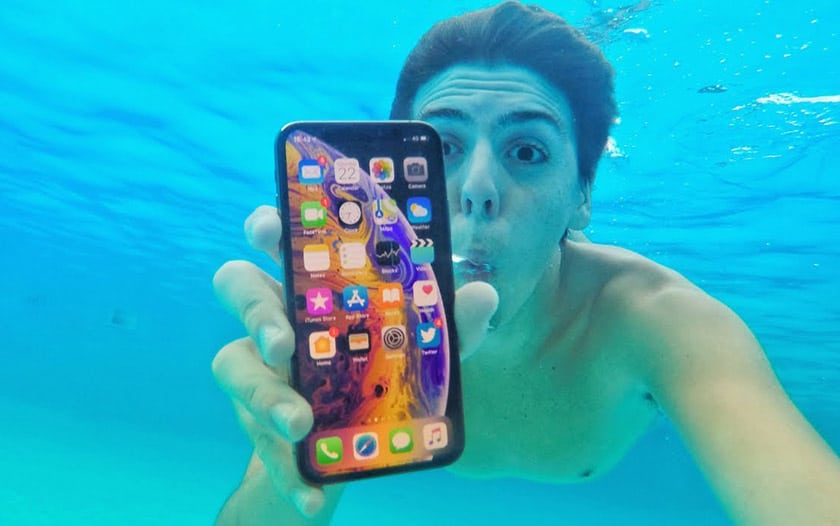 A class action lawsuit against Apple has just been filed in a New York court, report our colleagues at Apple Insider. According to the complaint, the marketing elements concerning the waterproofness of iPhones aim to mislead consumers. Apple would not have included enough details about the types of water that are actually covered by the warranty.

Indeed, if the iPhone released on the market since the iPhone 7 have an IP certification against dust and liquids, Apple does not offer no guarantee if the device is immersed in water which is not pure. As Apple explains on its website, its smartphones “Have been tested under controlled laboratory conditions”, with pure water, which does not include soap or sea water.

On the same subject: Apple is accused of lying about the autonomy of the iPhone

Apple is not explicit enough about the waterproofness of iPhones

“This means that consumers who stand by a swimming pool or an ocean and whose devices are splashed or temporarily submerged, will be denied the warranty because the water contained chlorine or salt” regrets the complaint, initiated by a consumer residing in the Bronx.

The class action believes thatApple should be more explicit concerning the categories of water that are covered by the guarantee. This is not the first time that the firm has been accused of lacking precision on this point. At the end of 2020, the Italian competition authority fined Apple 10 million euros. The mark had omitted to specify that the sealing measures are only valid “Under certain specific conditions”

Finally, the class action lawsuit launched in New York is surprised thatApple recommends taking the iPhone underwater if it has come into contact with liquid. “If any liquid other than water splashes onto your iPhone, rinse the affected area with tap water” indeed advises the brand on its website. As the complaint points out, Apple reserves the right to deny warranty for an iPhone that has been intentionally submerged in water. De facto, the brand’s advice contradicts its policy. The class action lawsuit wants to force Apple to review the way water resistance is presented to users.