At a time when smartphones are starting to inherit cloud gaming technologies to offer impressive games, the Google Play app store is also full of entertaining titles that have almost nothing to envy to home consoles.

Here is our selection of the best titles published in 2020 for Android mobiles and tablets. It should be noted that this ranking will be regularly updated throughout the year.

Xbox console owners know it, but it's still important to remember that the Forza Motorsport saga and its Forza Horizon spin-off are among the best car simulations on consoles and PC. And if Gameloft's Asphalt saga reigns almost unchallenged on smartphones, the Turn 10 studio is attempting a breakthrough in the mobile world. A first attempt which turns out to be very successful for this arcade-oriented Forza Street. No need to draw you a picture, here we get behind the wheel of the most beautiful cars in the world, which we can tune at leisure, before going to let the engines roar in the streets. The races follow one another with pleasure, the achievement being carried by very successful graphics.

Thought out as a real time loop Death Come True is without doubt one of the UFOs of the year, but also one of the most captivating. This interactive film offering multiple branches was born from the fertile imagination of Kazutaka Kodaka, the brilliant creator of the Danganronpa series (on PC, PS Vita …). In the skin of a young man who wakes up with amnesia in what looks like a hotel room, the player-spectator finds himself in the grip of a Machiavellian plot. Accused of murder, he must do everything to prove his innocence. We can salute the staging of the actors who give their all to make this thriller tinged with SF a breathtaking story. Death Come True is savored like a book in which you are the hero, with its multiple branches to lose your mind.

Death Come True, IzanagiGames, on Android, and also on iOS and Switch. 17.99 euros.

Well known to fans of Japanese tactical-RPG, Disgaea: Hour of Darkness was noticed in 2003 on PlayStation 2 for its great qualities and its successful artistic direction. Seventeen years later, Disagea 1, which has since given birth to many sequels, is getting a full and updated version on Android. This turn-based strategy game takes us into the world of demons, from which we must emerge victorious. Full of humor but also very inventive in its strategy mechanics, it remains today still a reference title for fans of the genre. Be careful, however, the title, which offers several tens of hours of play, is among the most expensive in the Google Play Store.

Launched in 2009, League of Legends still gathered in 2019 more than 8 million players daily on its servers. And for this new decade, Riot Games intends to expand this audience by relying on several derivative games. Spearheading this movement, Legends of Runeterra is to LoL what Hearthstone is to WoW: virtual collectible card games, whose general inspiration draws its foundations from the famous Magic The Gathering, created in 1993. 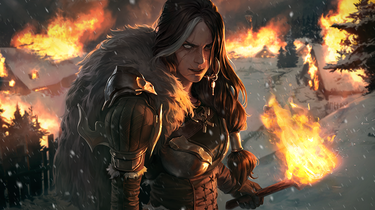 Available since last May, the game is a hit. In general, be aware that Legends of Runeterra games are designed to be fast (between 5 and 10 minutes), like Hearthstone. With Runeterra, LoL's strategic legacy is also felt, with an imperative tactical dimension to integrate: knowing when to retaliate and when to block an attack. Anticipating is therefore essential. And, like the Planeswalkers of Magic the Gathering, Runeterra puts forward his well-known heroes from LoL to come and turn the battlefield upside down. Their overpowered powers can indeed overthrow a game that we thought was lost.

Legends of Runeterra, Riot Games, on Android and also on iOS and PC. Free.

Already released on PC in 2019, Summer Catchers quickly joined smartphones in 2020. So much the better, because this title designed as an endless runner is more suitable for mobile gaming. This cute little game showcases shimmering 2D pixels. In the skin of Chu, a little girl living in icy regions, the player must guide her to sunny regions to experience beautiful summer days. Chu therefore embarks on a crazy trip behind the wheel of a wooden car. So far nothing very original, except that the mechanics of Summer Catchers are not as simple as they seem. The goal here is to go as far as possible, but be careful because it is not your reflexes that will make the difference but your brains. Rummaging through his magic bag, Chu will have to craft and use the right materials and tools at the right time. An interesting idea in this type of games.

Find all the news on video games HERE