Huawei has just achieved a record 5G throughput with the Mate 20 X 5G compatible. In a real-world test with Türk Telekom in Turkey, the smartphone was able to benefit from a maximum downstream rate exceeding 2.92 Gb / s. According to the Turkish telecom, it is a world record. 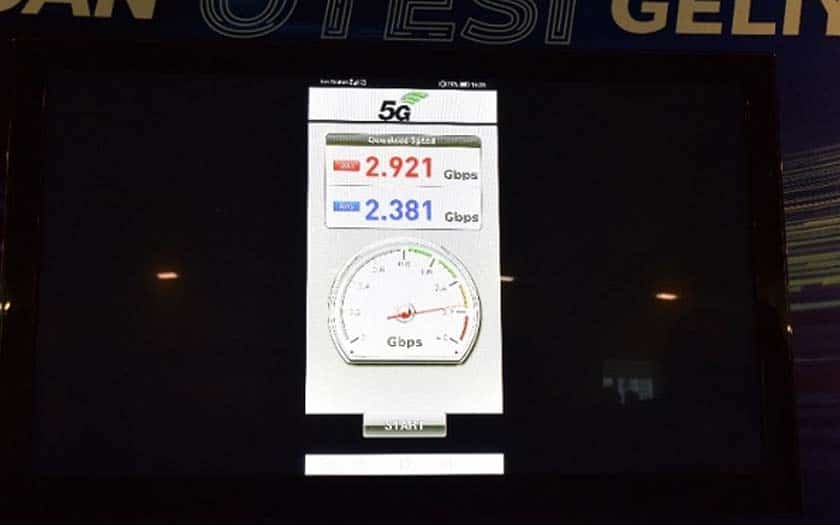 In October 2019, Huawei and Swiss telecommunications operator Sunrise Communications AG achieved a downlink rate of 3.67 Gb / s using several 5G smartphones on one cell. On the other hand, the flow rate measured by apparatus did not exceed 2 Gb / s during this experiment carried out in Zurich.

Read also: Qualcomm explodes the record of 5G throughput, up to 1.4 gigabit per second!

As reported by the firm in a press release, Huawei just broke his own record with the help of Türk Telekom. In a test run on a Turkish commercial 5G network, the Mate 20 X 5, the manufacturer's first compatible 5G smartphone, has a bitrate of 2.92 Gb / s.

To achieve this performance, the two firms did not need to use multiple 5G terminals, as was the case with the Sunrise Communications AG test. "We just combined the network of two 5G operators and set a new world record" welcomes Yusuf Kıraç, CFO of Türk Telekom. The executive states that "The high-potential goals promised by 5G technology have been achieved".

The Chinese group is obviously looking to promote its 5G network equipment in a context of growing mistrust. Many governments are reluctant to work with Huawei to deploy 5G on their territory. This is particularly the case of Germany. Berlin does not rule out the possibility of banning the firm from the market.

Like the United States, Germany is concerned that Huawei will transmit sensitive information to the Chinese government via hidden backdoors in its equipment and infrastructure. Last April, Vodafone spotted back doors in Huawei's equipment in the United Kingdom, Germany, Portugal and Spain. The announcement of Huawei in partnership with Türk Telekom is part of a broader seduction campaign that targets all countries and players in the European digital sector.