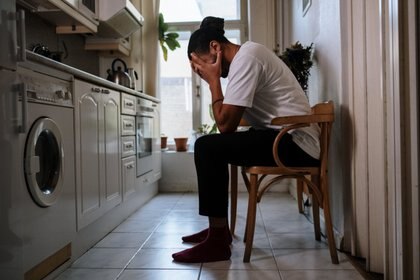 The pandemic has significantly affected mental health and accelerated the presence of a society that has a significant gap in care, in which approximately 75% of people who become ill in the mental sector do not receive treatmentsaid María Elena Medina-Mora Icaza, director of the Faculty of Psychology at UNAM.

This leads us to reflect on what we can do with the social determinants that affect mental health, with the health system and interventions in the community to face the future, added the also member of El Colegio Nacional.

When participating in the conference “Importance of mental health during the pandemic”, organized by the Faculty of Medicine of the UNAM, the expert assured that 30% of society at some point in their life has a disorder. If there is no medical care, the social cost is high and the iImpact on Gross Domestic Product is important, since education is truncated, there is unemployment, absenteeism due to illness or loss of productivity, for example.

Later, he commented that at the end of the pandemic he will face a triple challenge: hopelessness, poverty and violence, the combination of which challenges the ability to address these conditions

He recalled that a significant proportion of those who become ill do so before reaching adulthood (children, adolescents and young people) and they last several years with discomfort if they do not have access to models of treatment that have been successful, or of prevention, that have shown beneficial results. “The challenge is to bring attention to the populations that require it.”

To face the current situation, he considered, prevent an increase in the proportion of those who develop disorders, protect those who have them, and implement public health interventions that allow caring for health professionals and caregivers of the sick. 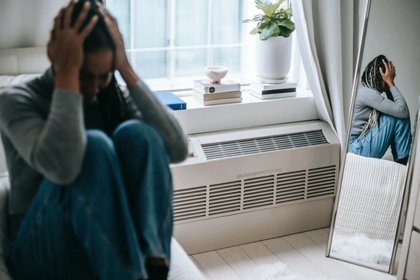 Inequality is required to decrease with public policies. “The social determinants that increase the probability of illness must be addressed at the same time as the illness, because medical, psychosocial and psychotherapeutic treatment is not enough if we do not also address inequalities ”, highlighted the university.

When elaborating, the expert said: We are in favor that during this period mental illness has become very visible and we see a decrease in stigma. We hope that learning from the pandemic allows us to give better care to people who get sick.

The director pointed out that it has been learned that those who survive COVID-19 have different manifestations: some have delusions, psychosis and serious neuropsychiatric disorders, “we do not know how long they last and that is what we need to investigate.” 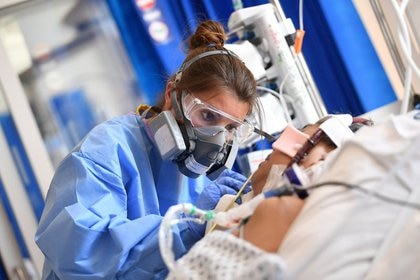 In patients recovered from COVID-19, various mental illnesses have been detected Photo: (REUTERS)

Regarding the relationship of confinement with cognitive impairment, he stressed that there are more questions than certainties. In contrast, a person who has respiratory failure after being intubated in intensive care is known to have a cognition score lower than the population average, similar to mild Alzheimer’s. This deterioration affects a significant number of patients at the time of discharge, and a year later they continue to have it.

Other symptoms such as headaches, altered consciousness, seizures, lack of smell and taste, are common in stages of the disease.. Similarly, other types of complications found in patient autopsies have been considered, but “we are at the hypothesis level.”

Another important sector is that of young people. From 12 to 17 years there is the highest prevalence of anxiety disorders and disruptive behavior (antisocial behavior); are the second place in the increased drug use. Furthermore, the prevalence of mental disorders has increased in the population aged 18 to 26 years.

In concluding, Medina-Mora Icaza considered that among the actions that are required are: interventions that promote health; work on conflict resolution without violence; improve social interactions (which has been a great loss for children and young people who do not go to school); promote tolerance, in addition to avoiding discrimination and stigma.

Mental health in pandemic: virus hit harder in patients with chronic disorders
One in five COVID-19 patients has been diagnosed with a mental illness
Mental health and the role of psychology in the context of a pandemic
Anguish as a pandemic: the reflections of 11 psychologists on the effects of confinement on mental health
“We have to regulate our psychological resources so as not to wear ourselves out”